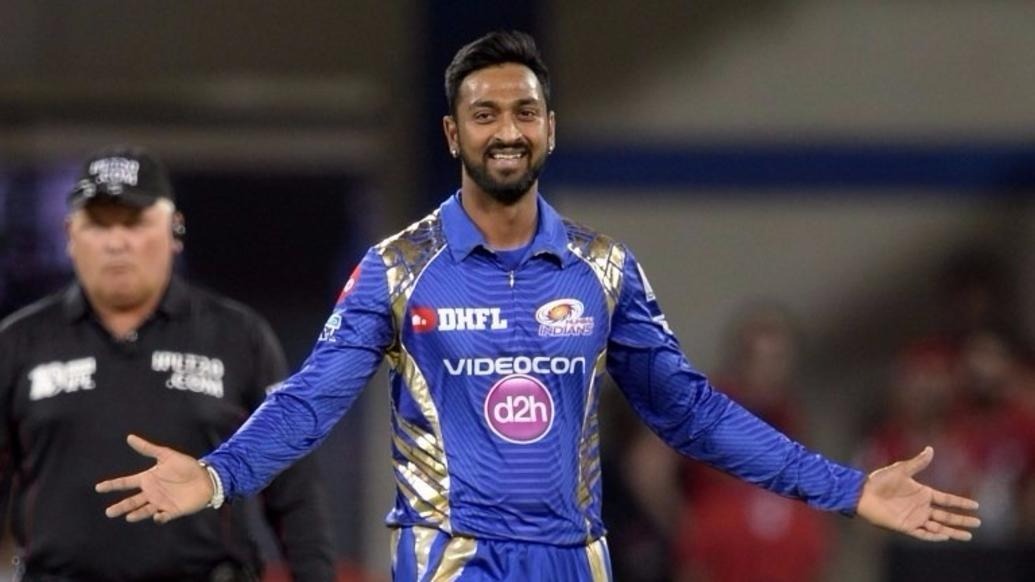 Mumbai Indians spinner (or we’d rather say ‘Seamer’) Krunal Pandya came with one of the most awkwardly bowled deliveries by a spin bowler. Perhaps, his intention was to bowl a seam up delivery at pace, which was completely misfired and ended up a ‘wide bouncer’; to make it worse, it cost his team five extra runs.

Krunal Pandya’s Misdirected Delivery
It so happened during the last league game between the Mumbai Indians and Sunrisers Hyderabad. During the 13th over of the Surisers run-chase, spinner Krunal Pandya came up with a rather unconventional delivery for a spinner. On the penultimate delivery, Pandya bowled a medium-paced seam up, unusual from his natural finger spin action. However, he got it completely wrong as the delivery ended misdirected and went down the legside. The unexpected bounce that he generated out of the pace, took the keeper by surprise as he failed to collect it. The delivery headed to the boundary and was given as five wide runs by the umpire.

‘Wide Bouncer’ Leaves Rohit Sharma Fuming
Captains are always appraise of their players, moreover if they come up with innovations in their gameplay. One such change came from Krunal Pandya, but the end of it saw his captain fuming and frustrated.

Rohit Sharma was not at all pleased with his bowler giving away five extra runs, at a time when they were seeking to scalp wickets and stop the Sunrisers run flow. The rising delivery even caught Surisers captain David Warner by surprise who instantly signalled to the square-leg umpire for a bouncer check.

Fans Troll Krunal Pandya Over Wayward Delivery
Fans are first to troll and find the funny side of things. As soon as videos Krunal Pandya’s waywardly bowled went viral on social media, he was heavily trolled by fans. Some of them tagged him to being a ‘seamer’ (a tale that they could tell their children). By all means, the delivery was an awkward one bowled by a spinner. With no direction to it whatsoever, the end of it saw five extra runs been conceded.

Sunrisers Hyderabad Win Takes Them To Playoffs
Sunrisers Hyderabad registered a convincing win over the Mumbai Indians in a must-win game that saw them pip the Kolkata Knight Riders and move into the playoffs. The architect of Sunrisers win was their bowlers (led by Shabaz Nadeem) who restricted Mumbai Indians to a mediocre 149/8. In reply, they chased down the score without losing a wicket. Captain David Warner and fellow opener Wriddhiman Saha both registering half-centuries.