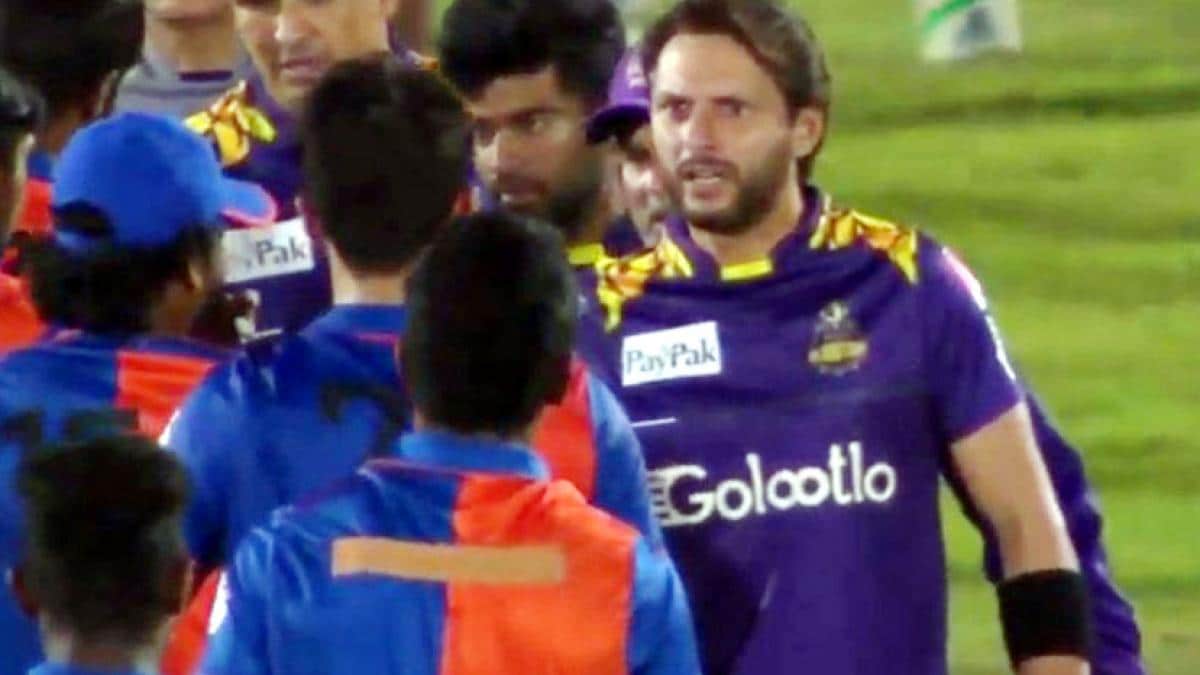 Though cricket is known as a gentlemen’s game, sledging has been an inevitable part of the sport. The players try their best to dominate the opposition players by assaulting them verbally and get into their psyche. Sometimes in frustration also, players end up abusing or sledging the rival team players. One such incident was seen in the ongoing Lanka Premier League where the veteran Shahid Afridi lost his cool.

Lanka Premier League started on 26th Nov and the sixth match of the tournament was played between Kandy Tuskers and Galle Gladiators in Hambantota. Galle Gladiators won the toss and elected to field. The Kandy Tuskers made the most of the chance given and went on to post a very competitive total of 196 with the help of Kusal Mendis’ and Brendan Taylor’s 49 & 51 respectively.

The incident took place in the second inning when Galle Gladiators were chasing the target. Gladiators faltered in the chase and lost wickets at regular intervals leaving a gigantic task for the lower order to complete. In the 20th over of the inning, Amir hit a six off Naveen-ul-Haq which was followed by two dot balls.

It was at this time when Amir and Naveen had an exchange of words. Amir had already hit a boundary off Naveen in the 18th over. Naveen allegedly abused Amir which made both the players see eye to eye before the other players got involved and tried to resolve the issue. The brawl only heightened after the game as both the players were in no mood to back off.

Shahid Afridi looked very unhappy with the way things went and he expressed his anger on Naveen’s malfeasance. When the players engaged in post-match greetings, Afridi said, “Kya ho gaya? (What happened),” looking the pacer in the eye. It was surely one grotesque event that took place and could have been avoided had the players sought to ignore.

Smiles from Afridi – and then a scowl! 😁😠

Ultimately, Kandy Tuskers won the match by 25 runs to get off the mark on the points table.