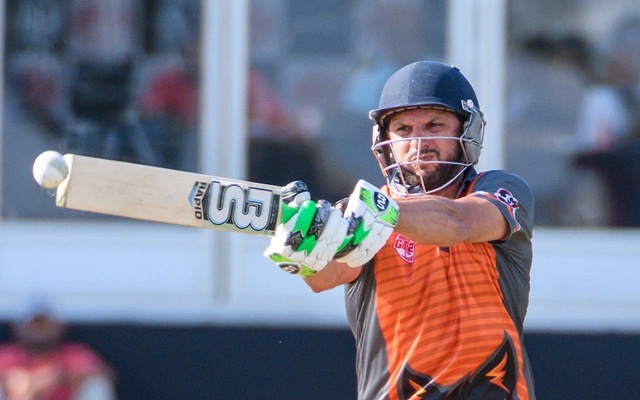 Shahid Afridi Replies To Wahab Riaz In A Comic Manner

In the sixth match of the Global T20 League, Brampton Wolves clinched a 27-run victory over Edmonton Royals at Ontario on Sunday. Shahid Afridi was adjourned as the man of the match for his all-round performance.

It was Brampton’s second continuous victory and they sit on the top of the table with four points. The Wolves will face second-placed Winnipeg Hawks in their next match to be played on August 1.

After winning the toss Colin Munro decided to bat first, opener Lendle Simmons gave Wolves quick runs after breaking the ball into the fence in the powerplay overs. Simmons brought up his fifty in just 26 balls after smacking leg-spinner Shadab Khan a six over deep mid-wicket.

Simmons departed in the 11th over after being trapped for lbw by Shadab Khan. Pakistan legendary batsman Shahid Afridi replaced Simmons at the crease. Afridi got off the mark easily with a single towards long-off.

Meanwhile, fans could witness another Boom-Boom show off Afridi’s bat as the former captain rendered a splendid 81 runs from 40 balls laced with 10 fours and five sixes.

The biggest fish Afridi targeted was Safyaan Sharif against whom he scored four boundaries in the 12th over and the final three deliveries saw three fours in a row.

In the final delivery of the innings, Shahid Afridi took a single to settle Wolves’ score of 207 for five. Although, Wahab Riaz had asked Afridi for a double run in Hindi. Afridi denied it in a funnier way.

Shahid Afridi Replies To Wahab Riaz In A Comic Manner

Riaz asked, “Lala doosra run Lena hai kya? which means, “Lala do you want to take the second-run,” to this Afridi said “pagal hain? Bowling kaun karega” which translates as “are you mad? Who will bowl then,” expressing his tiredness after batting for more than 9 overs.

Afridi remained to his words as he bowled three overs and also got the wicket of his countryman Mohammad Hafeez in the very first ball of his spell.