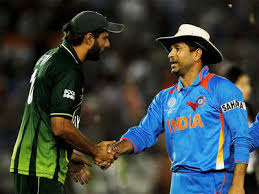 On his prime, he could galvanize a bowler’s worst on-field nightmares. Known for his penchant for smacking big sixes and his mercurial all-round abilities on field, Shahid Afridi is one of the biggest entertainers of the game. The former Pakistan captain played his last international game way back in 2016. However, his warm and entertaining nature has kept his still kept his popularity prolonged amongst his fans. ‘Lala’, as people fondly call him, recently uploaded a video covering a short tour of his luxurious abode in Karachi. For a cricket fan, it’s a feast to the eyes to look at the cricketing accolades he has accumulated.

Lala starts off by showing some of the iconic jerseys he has exchanged with players. Nicely framed over his walls are gift uniforms from his favorite players. While the likes of Shane Warne, AB de Villiers, Younus Khan and Kumar Sangakkara occupy one side of the wall, his favorite is actually a present from a friend from India. Dating from their 2016 World T20 clash at Kolkata, Afridi reveals the present Indian captain Virat Kohli gifted him. The jersey, as he shows, had signatures  from every member of the Indian team. Afridi calls the jersey a very special one; it is a souvenir of his friendship with Virat.

There is one equipment that holds a special place in Afridi’s heart. Lala reveals the story; during the quad-series in Kenya, Afridi got the opportunity to open the innings. Just as he got the news, Afridi headed to the ground for some throw-downs. That was when captain Waqar Younis walked in and offered him a debutant’s gift: a bat from the legend himself, Sachin Tendulkar. Waqar stated that it was time to put Sachin’s bat into good use. So rather than reserving it for batting at the tail-end, Waqar entrusted the young debutant to unleash his true potential with the bat. The rest, as we know, is history: Afridi went on to become the fastest debutant to score a century. Interestingly, while his pyrotechnics with his equipment of choice has earned him the nickname ‘Boom-Boom’, the bat that he cherishes the most happens to be manufactured by Wills Kings.

Apart from all the equipment, Afridi has a well-sorted collection of each of his accolades. Several Man of the Match awards, a coveted 2009 World T20 Champions medal, a speical World XI vs Rest of the World jersey-Lala has quite a hobby when it comes to collecting souvenirs. Here’s the full video to know about all the marvels Afridi has in store for a willing visitor.