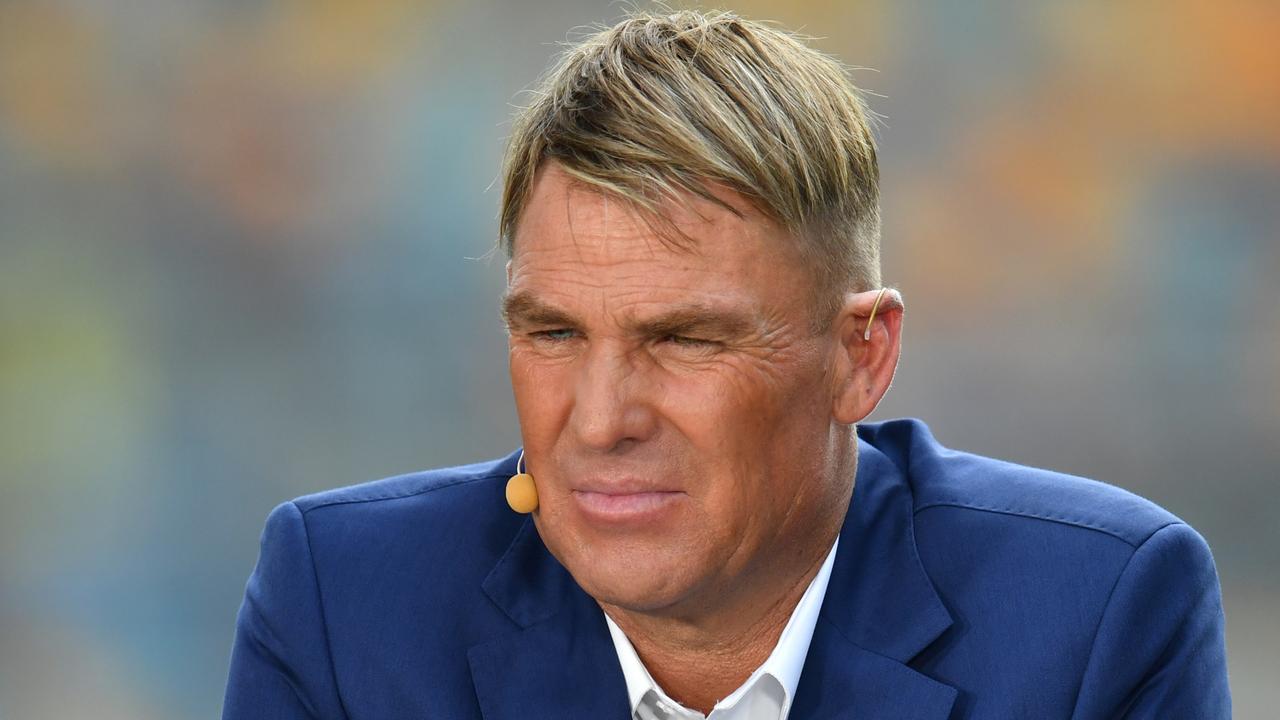 The game between Rajasthan Royals and Sunrisers Hyderabad on Sunday was surely an entertainer. Rajasthan Royals ended their four-game losing streak and finally won a match earning two vital points. It was the duo of Rahul Tewatia and Riyan Parag who snatched the victory from the jaw of defeat. Their unbeaten 85 run partnership ensured the win for the Rajasthan Royals.

After Rajasthan Royals restricted Sunrisers Hyderabad to 158, Shane Warne was confident of his team achieving the target with ease. He tweeted, “Spot on with my vibe today. The boys were outstanding with the ball and on the field! SRH 15/20 short of a good score. The @rajasthanroyals boys will get these in the 17/18 over #HallBol.”

However, Rajasthan Royals messed up big time and lost their top order in no time reeling at 78/5 at one point of time. After RR lost their 5 wickets, Michael Vaughan was quick to reply to Warne’s tweet saying, “No Chance King.” Vaughan didn’t have any idea that he would have to delete this tweet later, courtesy Rahul Tewatia and Riyan Parag.

Rahul Tewatia with his batting prowess once again proved that he is not a one-match wonder. He was ably supported by young Riyan Parag who played a very responsible inning under pressure. Both of them took a little bit of time to set in their eyes, but after that they went all guns blazing and pulled off a great partnership ultimately leading to RR’s victory.

Spot on with my vibe today. The boys were outstanding with the ball and in the field ! SRH 15/20 short of a good score. The @rajasthanroyals boys will get these in the 17/18th over #HallaBol

The win led Michael Vaughan to delete his “No Chance King” tweet but it was too late as Shane Warne had already read it. Warne took a jibe at Vaughan tweeting, “Sorry. @MichaelVaughan – What was that you were saying about the @rajasthanroyals?” Vaughan’s tweet surely backfired and he had to face his Ashes rival Warne. 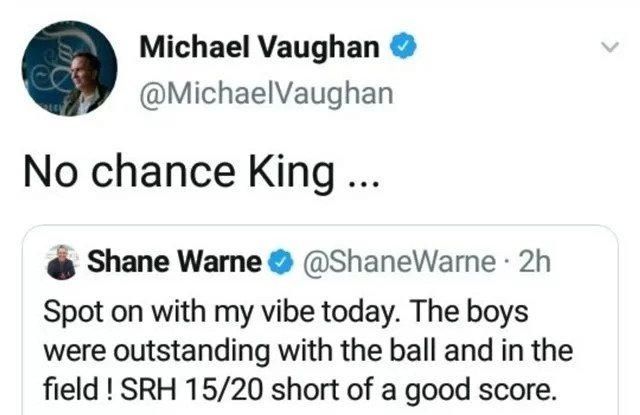 Sorry .@MichaelVaughan – What was that you were saying about the @rajasthanroyals ?

The win gave the Royals much needed boost and two points to be in the race to playoffs. They are at the sixth position at the points table currently. They will next be playing the in-form Delhi Capitals on 14th October.