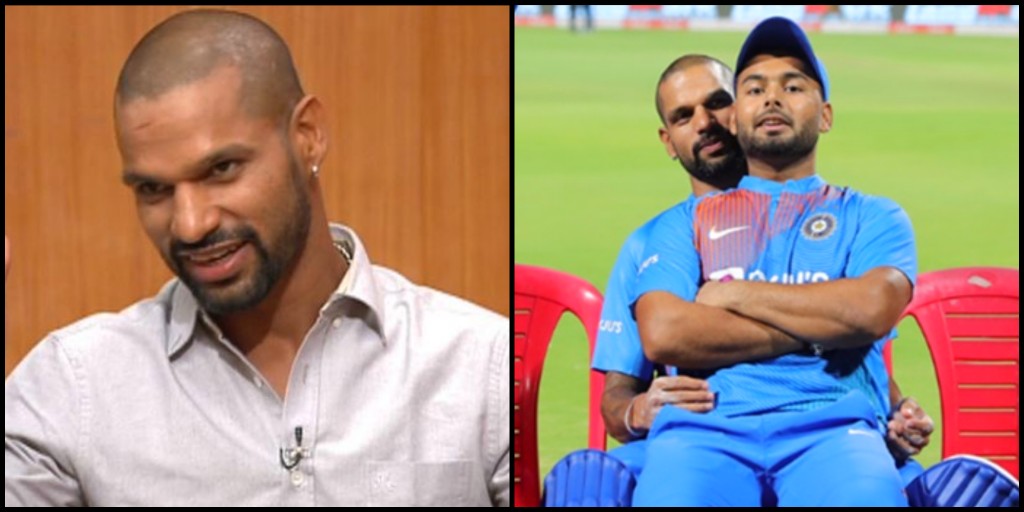 Recently, Shikhar Dhawan appeared in the TV show ‘Aap Ki Adalat’ that is hosted by Rajat Sharma. The cricketer talked about many hot topics during the show. But when asked about his viral picture with Rishabh Pant, Dhawan left the audience in splits with his reply. After the 3rd T20 match against South Africa, a picture went viral in which Rishabh Pant can be seen sitting on Dhawan’s lap. The picture led to some hilarious and witty memes, especially regarding the poor performances of the wicket-keeper batsman.

On the photo, Dhawan said, “He just came and sat on my lap,” He hilariously added, “I told him ‘Rishabh, get up, someone will click a photo. I don’t love guys that much that I’ll make them sit on my lap,”. The audience burst out laughter hearing Dhawan’s reply. Dhawan further added, “But he is 21-22 years, and he doesn’t listen. So he sat on my lap and said ‘I will sit here only’. So I said ‘Sit, what can I do?”

Rajat Sharma also asked about Pant if he is not focussed about his batting as he is throwing his wicket. Dhawan said that the 21-year old is really working hard and is very focussed but sometimes situations come in everyone’s career when they can’t perform well. Opening batsman feels that  Rishabh Pant will learn from his mistakes and they should back a talented player like him.

Shikhar Dhawan was also asked about MS Dhoni’s continuous absence from the team. He said that a player like Dhoni knows when to retire and this decision should be individual. 33-year old further added that the team is grateful to Dhoni and all players including Virat Kohli has immense respect for Dhoni.