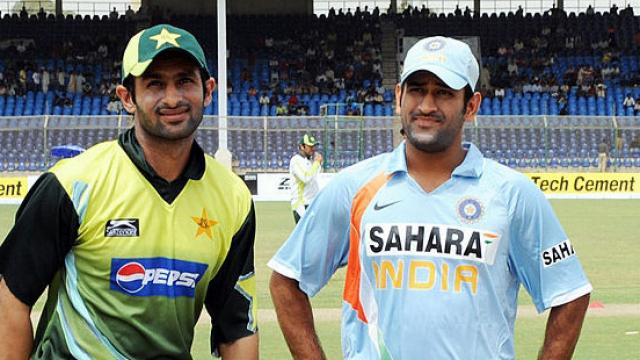 Shoaib Malik Takes Sly Dig At Indian Team, Fans Shuts Him Down: On 25th December 2019, the whole world was busy celebrating Christmas. People around the world took to social media to share the special occasion with ‘Merry Christmas’ message. Meanwhile, Pakistan cricketer Shoaib Malik also comes up with a tweet to wish everyone on this occasion. However, he indirectly poked the Indian cricket team with his latest tweet.

What is the Actual Matter?

For those of you who haven’t got the reference till now, here we are sharing the full matter that what Shoaib Malik tweet’s actual meaning is. Actually, way back in 2012 on Christmas Day, Pakistan had beaten up Team India in T20I in Pakistan’s Tour of India 2012-13. The match was played at Chinnaswamy Stadium in Bengaluru. Meanwhile, Shaiob Malik alongside with Mohammad Hafeez stitched a match-winning partnership of 106 runs.

The right-handed Pakistani batsman had scored unbeaten 57 off 50 balls which was include of three fours and three sixes. When Shoaib Malik came to bat in that match, Pakistan was in trouble as they had lost 3 wickets only for 12 runs.

Just after a few minutes of the Tweet, fans started slamming Shoaib Malik for his this tweet on Team India. Here we are sharing some of the tweets by the fans at the below of this article. Since after ICC World Cup 2019, Shoaib Malik has been dropped out of the Pakistan Team. Despite that Malik continues to play for his domestic team with eyes on the T20 WC 2020 in Australia.

Here Is How Fans Reacted