‘Should ‘hitting the stumps’ law be introduced?’ – Sachin Tendulkar gets cheeky as ball hits stumps but bails stay firm

Sachin Tendulkar responded to the bizarre incident that took place on Day 3 of the ongoing Ashes Test match. 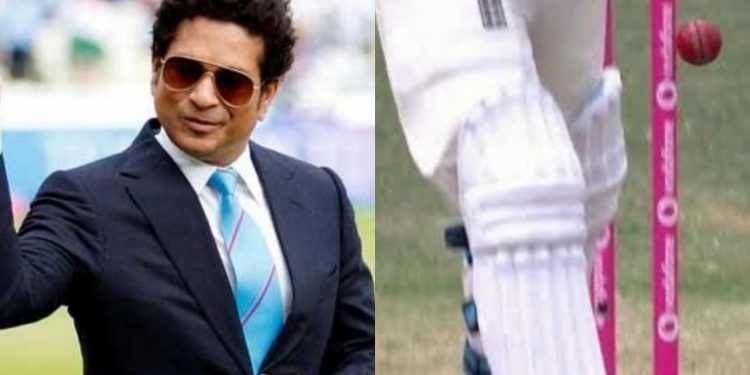 Luck has not favoured England much in the ongoing Ashes. They have already lost the urn to Australia after conceding a 3-0 lead in the five-match series. In the battle of pride and reputation, they are currently up against the mighty Aussies in the fourth Test match of the series.

Australia scored 408 runs in their first innings, to which the English top-order again did not respond well. They lost their four wickets for just 36 runs. Jonny Bairstow joined injured Ben Stokes in the middle. The duo took the charge of the innings in their own hands as they tried to steady the ship.

The luck which was not tilting in England’s favour so far side helped the visitors this time around. In the 31st over of their innings, Ben Stokes was facing Cameron Green. The first ball of the over witnessed a bizarre moment unfolding as Stokes left the delivery but it kissed the off-stump. The Aussies appealed for the LBW on hearing a noise and the umpire thinking that the ball has hit the pads, raised his finger.

Stokes straight away took the review as the big screen showed that the ball missed the pads, instead went on to hit the off-stump. Fortunately for the all-rounder, the bails did not fall and Stokes survived as the umpire overturned his decision.

Watch the video of the incident:

As the video went viral on social media, India’s legendary batsman Sachin Tendulkar also wrote on his Twitter account regarding the incident. Giving a suggestion, Tendulkar jokingly called for a new law ‘hitting the stumps’ if the bails do not dislodge after the ball hits the stumps.

“Should a law be introduced called ‘hitting the stumps’ after the ball has hit them but not dislodged the bails? What do you think guys? Let’s be fair to bowlers!” Tendulkar’s tweet read.

Should a law be introduced called ‘hitting the stumps’ after the ball has hit them but not dislodged the bails? What do you think guys? Let’s be fair to bowlers! ???@shanewarne#AshesTestpic.twitter.com/gSH2atTGRe

Talking about the match, Australia is sitting in a pole position as England still trail by 158 runs in the first innings. Stokes and Bairstow emerged as the star performers of the day for England. While Stokes scored a hard-fought knock of 66 runs, Bairstow is unbeaten at the score of 103.