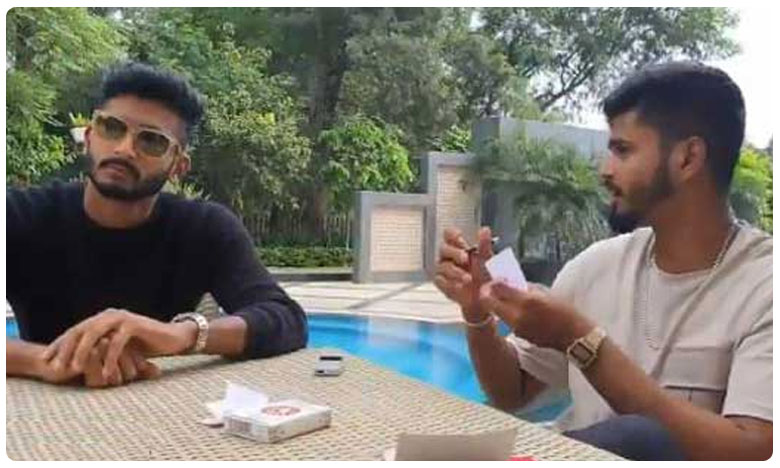 After a long break, Shreyas Iyer has found a place in the Indian team again. Thanks to his performance for the India A team, Iyer got picked for the West Indies tour. Iyer played 2 ODIs in the tour and proved his worth scoring two fifties. He scored 136 runs with an average of 68 and had an elegant strike rate of 124.77.

However, selectors had picked Iyer as N0.4 batsman but management is testing Rishabh Pant at this special position. While Iyer has got to bat at no.5 position. Meanwhile, Sourav Ganguly thinks Shreyas Iyer can be a better option than KL Rahul or Rishabh Pant. Ganguly wrote in the column of Times Of India“With Rohit and Shikhar at the top as the best possible opening pair, KL Rahul will be pushed. He has lost his place in Test cricket due to indifferent form and the likes of Shreyas and Manish Pandey will keep him on his toes if he wants to hold onto the No. 4 slot,”

Apart from the work front, Iyer recently showcased his magic tricks to his teammate Khaleel Ahmed. Iyer knows some of the best card and mind-reading tricks. In the video posted by BCCI, Iyer amazed the left-handed bowler with a mind-reading trick.

Firstly, Iyer asked Khaleel Ahmed to think a guy’s name in his mind. Then Shreyas Iyer wrote something on a chit and gave it to the bowler to hold it in his fist. After which, he asked Khaleel what name he thought. The bowler replied, “Ajay, as it’s a common name”. Then Iyer wrote down Ajay in another chit and placed it below a card box. He repeated the trick again and this time he asked to think a female name. This time Khaleel thought Shama which is the name of his mother. The batsman again asked him to think about a card. He picked 4 of hearts and the batsman had already guessed the card and had placed the chit under the book.

Now, Shreyas Iyer pulled a deck of cards, but one card was placed inverted. The bowler pulled the card and it was 4 of hearts. Then he removed all the chits and asked Khaleel to show the chits he had handed him. Khaleel Ahmed was blown away knowing Shreyas Iyer has guessed his mind as all the names were matching in both sets.