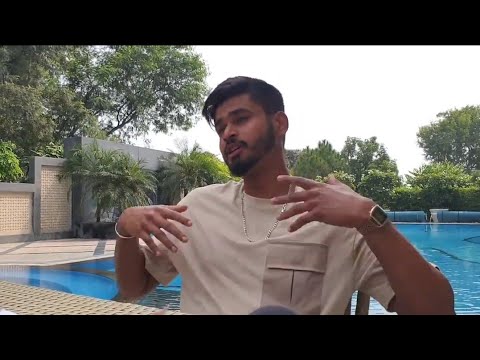 Delhi Capitals are on a high at the moment after entering into their maiden IPL final. The Capitals displayed quality cricket in Qualifier 2 against Sunrisers Hyderabad on Sunday. Shreyas Iyer is often seen with a serious face on the field, however fans witnessed the funny side of the DC skipper in the recent post on the team’s Instagram handle.

Shreyas Iyer has been at the helm of the Delhi Capitals and has done a wonderful job on the field. Their performance in the Qualifier 2 ensured that they are only one win away from the IPL trophy now. Delhi Capitals won 7 out of their first 9 matches and were sitting at the top with 14 points. However, the team hit a rough patch and they started losing games.

They lost 4 matches on the trot denting their chances of making it to the playoffs. The team came back to winning ways with a victory against Royal Challengers Bangalore finishing at the second position on the points table. The second spot on the table gave them a luxury of having two opportunities to enter the finals. They lost the Qualifier 1 against Mumbai Indians and faced SRH in the second qualifier.

However, before the match Delhi captain Shreyas Iyer decided to entertain everyone in the dressing room as he mimicked the Australian all-rounder Marcus Stoinis. In the video that’s doing the rounds, Iyer can be seen walking into a team meeting impersonating Stoinis. All the members present can’t stop laughing at Iyer’s antics.

“Nothing to see here, just #SkipperShreyas impersonating @marcusstoinis,” DC captioned the post. The light environment off the field surely helped the team as they came all guns blazing against SRH and won the match by 17 runs. This is the first time Delhi Capitals have entered the final of the Indian Premier League and they would certainly love to win the trophy after such a long wait.