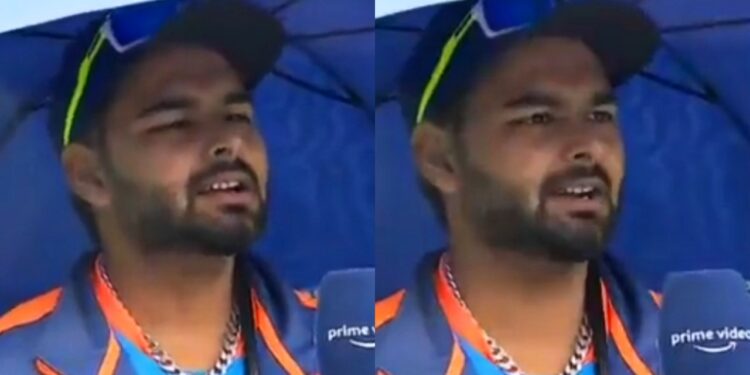 Team India’s wicketkeeper batter Rishabh Pant found himself in an uncomfortable position as commentator Harsha Bhogle compared his Test record with his records in shorter formats of the game ahead of the third and final ODI against New Zealand. Rishabh Pant was quick to respond as he said his records are not bad and he doesn’t believe in comparison.

Doing comparisons is not a part of my life, says Rishabh Pant

Rishabh Pant regularly finds himself amidst these comparisons. Pant clearly is India’s number 1 keeper in the test format and nobody questions his place in the longer format considering some stellar knocks played by him at such a young age. However, when it comes to shorter formats consistency is certainly lacking in Pant’s game.

Looking at the numbers, Pant’s record in ODIs isn’t bad as he averages 35 and has a strike rate of 107.54 but when it comes to the T20 format he has certainly struggled as the Indian Team preferred Dinesh Karthik over him for the T20 World Cup. With ODI World Cup getting closer, Pant’s competition is with Sanju Samson who’s now looked upon as a specialist finisher while KL Rahul too does the keeper’s job in ODI format.