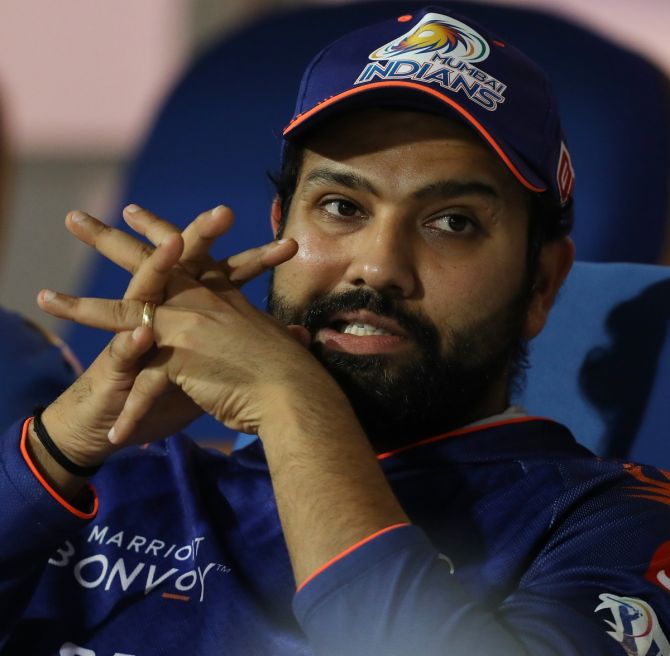 Earlier this week, the Board of Control for Cricket in India (BCCI) announced its squads for India’s upcoming tour to Australia. Most of the selections were based on expected lines- save for one shocker. Rohit Sharma, vice-captain of India’s Limited Overs team and opener of the test side, did not feature in any of the squads.

The BCCI is yet to explain its stance behind excluding or including certain players. But Rohit’s omission from the team has brought the team management under some serious social media scrutiny.

Initially, fans reasoned that Rohit had injured himself and was hence, out of contention. Last week, Rohit had picked up a hamstring injury during Mumbai Indians’ (MI) IPL campaign in UAE. While no official update has yet been released over his injury,  the MI captain did miss out on his team’s last 2 matches. Kieron Pollard took charge as the stand-in captain in those matches.

Naturally, this caused fans to speculate that Rohit’s injury was severe enough to rule him out of the ongoing IPL. However, in the days following the announcement, pictures of Rohit practising in the MI camp went viral; which has led some fans to ascertain that something more controversial is happening in the team.

Furthermore, a few hours ago, Rohit even removed the ‘India Cricketer’ designation from his official Instagram and Twitter handles; further affirming the impression that something unpleasant is going on behind the India dressing room doors.

Here’s how fans reacted to Rohit’s axing news after seeing his training pictures: 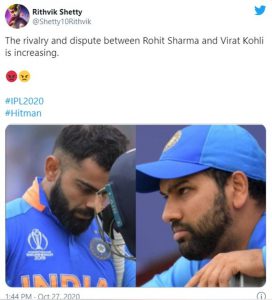 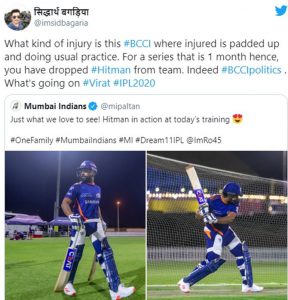 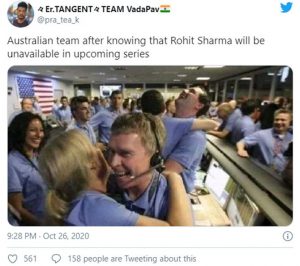 In the interim, Rohit tried to cheer his upset fans’ moods by posting a picture of him and his wife, Ritika, relaxing on at the beach. 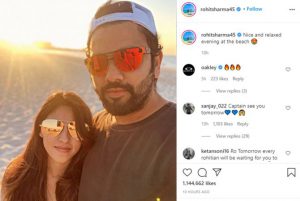