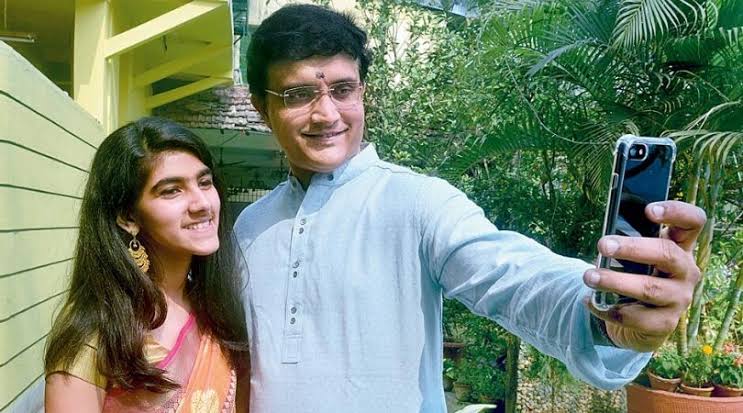 Sourav Ganguly gets trolled by daughter Sana, funny banter wins Internet: Finally, India has played their first Day/Night Test Match in which they have registered a comfortable win against Bangladesh. The match was just like a festive for the Indian fans as everybody wanted to see their star players playing with different ball i.e. Pink Ball. The match was played at the Eden Gardens, and the stadium was beautifully organised for the historic event.

The BCCI President Sourav Ganguly must be very happy after conceding India’s first Day-Night match. During the historic event, BCCI had invited all the formers captains of India Team, who have led Team India in Tests. After the match, Ganguly shared some pictures over the Internet through Social media. In one of the pictures, he has posted on Instagram, he gets trolled by his daughter Sana Ganguly.

We can see a beautiful bond of the Father and Daughter as they both included in a funny banter. This wins the Internet and this may be the best thing you may get to see on the Internet today. Actually, after India won the match, Sourav Ganguly took to Instagram to post a picture of himself during the post-match prize distribution ceremony.

The picture is getting a lot of likes from the fans and his daughter- Sana Ganguly- decided to have some fun at her father’s expense. “What is it that you’re not liking ?” Sana commented on her father’s post, to which Ganguly responded, “@sanaganguly that ur becoming so disobedient.” Sana was quick to hit back and wrote, “@souravganguly learning from you.” 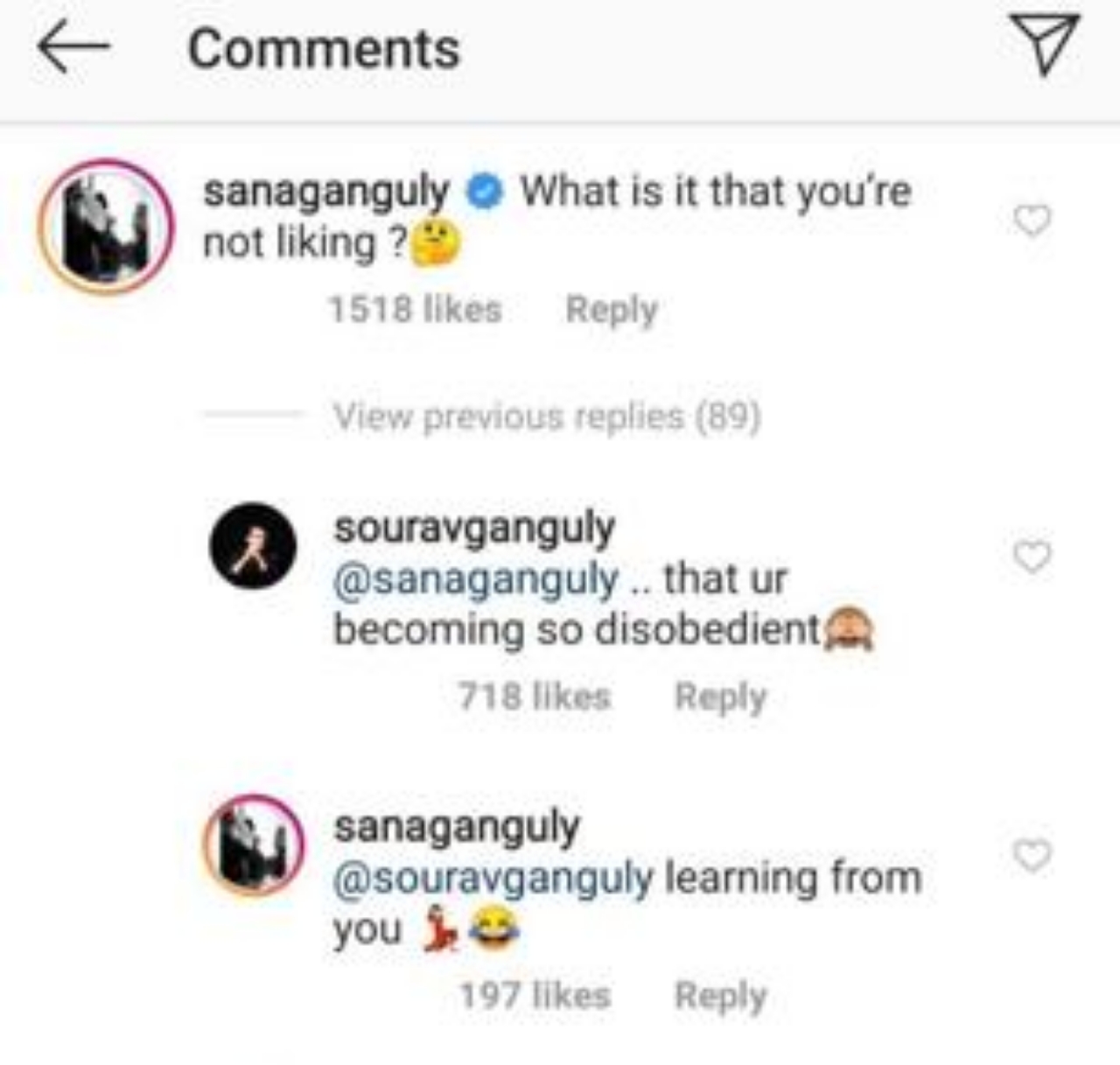