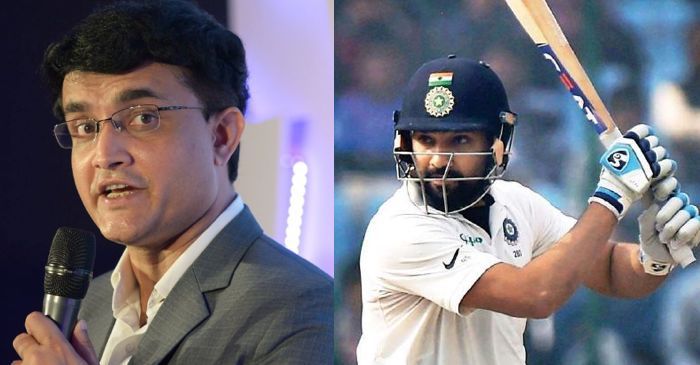 Team India is all set to tour Australia after the IPL ends. This will be the first international tour for team since March as all the sporting events came to a halt due to COVID-19. The squads for all the three formats have already been announced and Rohit Sharma’s exclusion from the team raised quite a few eyebrows. Now BCCI President Sourav Ganguly has given an update on Rohit Sharma’s exclusion from the team.

Rohit Sharma was excluded from the team on health grounds; however, he was seen practicing just after the team was announced. Sharma’s IPL franchise Mumbai Indians posted a video of the star batsman practicing and that confused all the fans. Fans were left baffled and they started questioning the decision taken by the selectors.

They can be sent later: Sourav Ganguly

Rohit Sharma has been one of India’s most successful batsmen in the last few years and has won team India a lot of matches. He has also served as a vice-captain for the team in T20Is and ODIs. The BCCI said that the medical team will be monitoring Rohit’s fitness and he is not fit to play as of now. Now, Sourav Ganguly has given a major update on Rohit and Ishant Sharma.

“We are monitoring Ishant and Rohit. Ishant is not completely out. He will become a part of the Test series,” he said. “With Rohit, we want him fit for Australia. At some stage if he is fit, I am sure the selectors will rethink this position.” This is definitely good news for Rohit Sharma fans as he can be a match winner for the team down under.

In addition to that, Sourav Ganguly also said, “They can be sent later. There are flights to Australia.” Currently, Rohit Sharma is in UAE with his IPL franchise Mumbai Indians who have secured the first position on the points table and looking all set to lay their hands on the IPL trophy yet again.