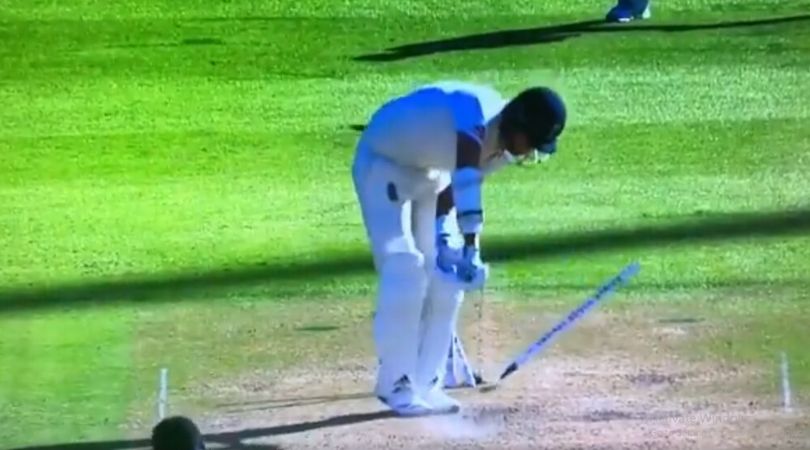 South Africa vs England: Stuart Broad involved in a shambolic dismissal: England and South Africa are currently playing the second match of the ongoing four matches Test Series in South Africa. Thereafter both teams have to play 3 matches ODIs and 3 matches T20I series. Earlier in the first test match, South Africa won the match with a margin of  107 runs.

During the second Test match at Newlands in Cape Town, veteran English player Stuart Broad involved in a shambolic dismissal against South Africa spearhead Kagiso Rabada. Actually, Stuart was almost to misjudge the ball from Kagiso Rabada and hence gets bowled.

It all happened in the 82nd over of England’s first innings when Broad seemed clueless against a full-length delivery from Rabada. Initially, Broad misjudged the ball and get late to bat down and then the bat stuck between his pads.

Earlier in the match, after winning the toss England opted to bat first at Newlands in Cape Town. Meanwhile, in the first innings, the English Team could manage to score 269 before getting all-out. From England, Ollie Pope was the top scorer, who scored 61 runs and remain unbeaten. No other batsman form England could manager to score 50+.

In reply, so far in the first innings, South Africa scored 34 for the loss of 1 wicket in 9 overs. Currently, Dean Elgar and Zubayr Hamza are batting for the second wicket.

Here is the video (South Africa vs England: Stuart Broad involved in a shambolic dismissal)