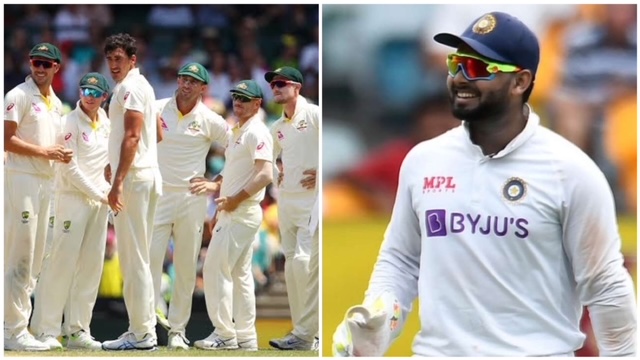 Rishabh Pant seems to be making the news for all the wrong reasons off late; right from dropping catches to singing songs behind the stumps. Yes, you read that right! The stump microphone caught Rishabh Pant singing the Hindi version of the song ‘Spiderman, Spiderman’ during the ongoing fourth Test at the GABBA in Brisbane. The video of  Pant humming has gone viral on social media.

Pant Keeps Wickets And Sings Along As Well
Rishabh Pant’s chatter behind the stumps was caught on the stump microphone. In the recording, Pant can be heard singing the Hindi version of the song ‘Spiderman Spiderman’. Pant’s chatter was captured during Australia’s second innings when he was keeping wickets for spinner Washington Sundar. Perhaps, a trick to distract the Australian batsmen.

Pants Singing Leaves Netizens In a Frenzy
The video of Rishabh Pant singing behind the stump sent Netizens in a frenzy after it went viral on social media. While some saw a light-hearted moment in it and appreciated Pant for his singing skills, few others heavily trolled the wicketkeeper for not getting into a serious atmosphere that has gripped the deciding GABBA test. With just a day’s play to go, the match is evenly poised, unless the weather has the last laugh.

Siraj Shies as Brisbane Test Headed For A Thrilling Finish
If, and only if the weather stays clear, cricket fans will definitely be treated to a thrilling cricket contest on the last day of the fourth test between India and Australia. As it ended on day four, India was 4/0 chasing 328, after restricting Australia for 294 in their second innings. Pace spearhead Mohammad Siraj was the pick of the bowlers for India picking his first five-wicket haul. Siraj finished with 5/74 which included the prized scalps of star batsmen Steve Smith, Marnus Labuschagne and Matthew Wade.