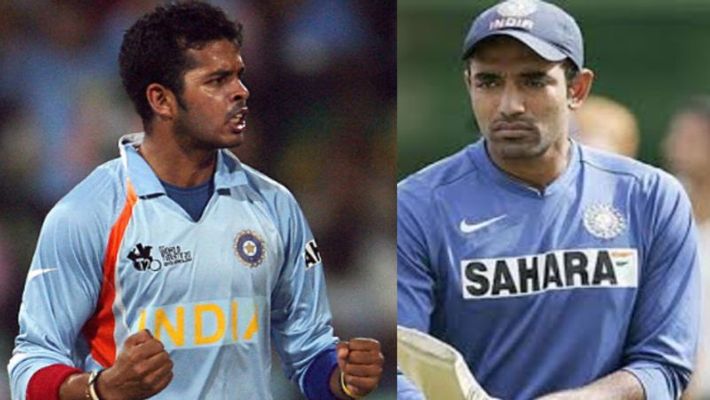 Cricketers tend to itch every bit of their achievement to their memory. And Sreesanth seems to be one cricketer who’s got a good tale to tell of his cricketing career. Let’s look back at an unusual stat Sreesanth recently spoke of – it was in response to former teammate Robin Uthappa’s comment about Sreesanth been known for dropping the simplest of catches.

Uthappa and Sreesanth were part of the team that won the first edition of the World T20 in 2007. On a recent chat show, Uthappa had said, ““Misbah hit a scoop shot, and I saw it going pretty high. I noticed that it wasn’t going really far. Then I saw who the fielder at short fine-leg was, and I saw it was Sreesanth. By that point, within the team, he was known for dropping catches, especially the easiest ones. I have seen him drop absolute sitters,” – referencing to Sreesanth’s match-winning catch in the finals.

Taking a direct jab at Uthappa, Sreesanth came up with a classic response – “I don’t know how many catches Uthappa took in his overall career, he played for Kerala last season, there were many complaints that he dropped many sitters. I will soon join and play alongside him in the Kerala team; I wanted to say to him, please don’t drop catches in my bowling,” He further went on to add that,, “Juniors who played alongside you last season might not have told you anything when you dropped catches, but if you drop catches off my bowling, you know what I am going to do,” referencing to Uthappa playing along Sreesanth on the domestic circuit next.

The best from Sreesanth was yet to come! He added that all through his international career, he has dropped only a handful of catches, may be 4-5…while all through his professional days, the number could be around 10-15! “In my whole career, I dropped only 4-5 catches in my eight years of international career and 10-15 catches in my whole professional career. While training, even Jonty Rhodes drops catches,” (pun intended).