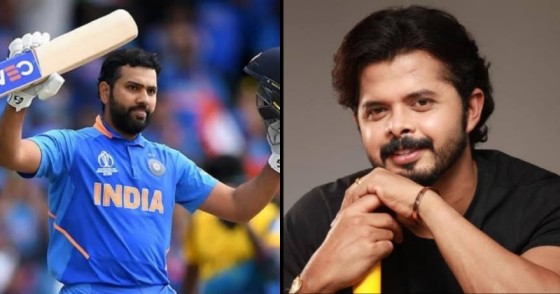 Indian pacer S. Sreesanth who has been out of the cricketing scene for a long time now, has come up with his all-time favourite India XI in a recent interview with Wion. Sreesanth was banned from cricket for life-time after his alleged involvement in the IPL spot-fixing case. His ban was later reduced to seven years which will ultimately end on September 13 this year.

The aggressive pacer is trying his best to secure his place for Kerala in the 2020-21 Ranji Trophy. Few weeks ago, Kerala captain Sachin Baby said in an interview that Sreesanth has been in good shape however he is not yet match-fit. Though, he also maintained that the pacer is working hard and will be ready to play before the season starts.

In the recent interview, Sreesanth opened up about number of things which includes his mental health, disturbing past, how he is spending time with his family, and picked up an exciting all-time playing XI for all formats.

Sreesanth had been a part of the World Cup winning squad twice with MS Dhoni as the captain. He shares a good friendship with some of the finest Indian players of the modern era. He was all praises for Suresh Raina, who has been out of favour in the recent past. He said, “Raina deserves a lot more appreciation.”

Rohit over Kohli in T20Is

The Kerala bowler picked Rohit over Kohli as the skipper of his team in T20Is. “And with all due respect to Virat, Rohit will captain in T20s and Kohli can take the captain’s band in all other formats,” he said. The credible duo of Rohit and Shikhar Dhawan was picked as the opening pair with Kohli retaining his natural No.3 position.

Raina was picked for the much-debated No.4 position while KL Rahul was selected as the fifth batsman in the batting order. As for the all-rounder, he picked two of them in Ravindra Jadeja and Hardik Pandya. In the bowling department, he picked Jasprit Bumrah as the main fast bowler and backed himself as the second fast bowler in the team. Kuldeep Yadav was picked as the lone spinner.