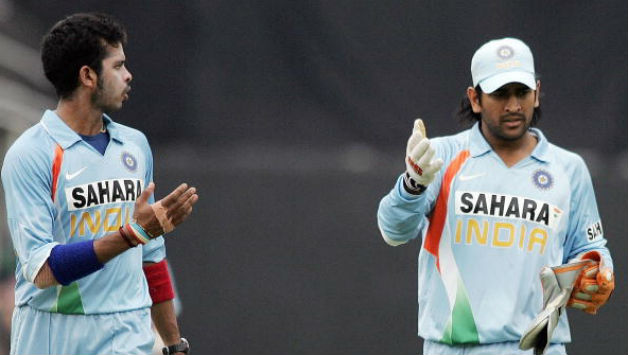 Sreesanth’s temperament? Be it his over-ambitious celebrations after taking a wicket, or uncalled for sledding at the opposition. Remember his famous dance at The Wanderers after hitting Andre Nel for a six? Well, for a character he’s been, it’s not easy for someone like Sreesanth to go un-noticed. Roll over the pages for some of Sreesanth’s best performance in a match, and the one against Australia at the first edition of the World T20 (2007) in South Africa stands out.

It was the semi-finals clash against the mighty and inform Australians which India won and which also deserves a right mention of Sreesanth. So what was special about the game and Sreesanth’s role in India’s win. Throwback to the game, the semi-finals!..everything’s at stake. India batted first and put up a decent enough of 188 runs for the Australians to chase and reach the finals. For the class they possessed all through the tournament, Australia was well on course to pull off the chase. Then came the moment of the match, rather Sreesanth’s moment we should say – he bowled a gem of a delivery that bowled the inform Matthew Hayden out. It led Sreesanth into one of his trademark celebrations, the stadium filled with ecstatic fans felt a sense of new life, for it was a wicket that got India back into the game and on course to upset the Australians.

So what could have been that one thing which boosted Sreesanth’s performance in a high-octane semifinal clash. The answer is Mahendra Singh Dhoni! In a recent chat with Cow Corner Chronicles, Sreesanth spoke out on how few words from his then captain Dhoni provoked his good performance. “Dhoni bhai ne bhi chadhaya tha uss match se pehle. Wo bole ki yaar tu idhar udhar aggression dikhata hai ab Australia ke khilaf dikha aggression. I think it was more of a chaavi wala thing and I got fired at the right time,” he claimed. Perfect lines which Sreesanth blended well with his aggression and unleashed it against Australia. Not to forget, his performance with the ball also saw him notch a maiden over, a rare feat in a T20 game.

Well, that’s Sreesanth we know and a memorable game that took India into their maiden World T20 finals!