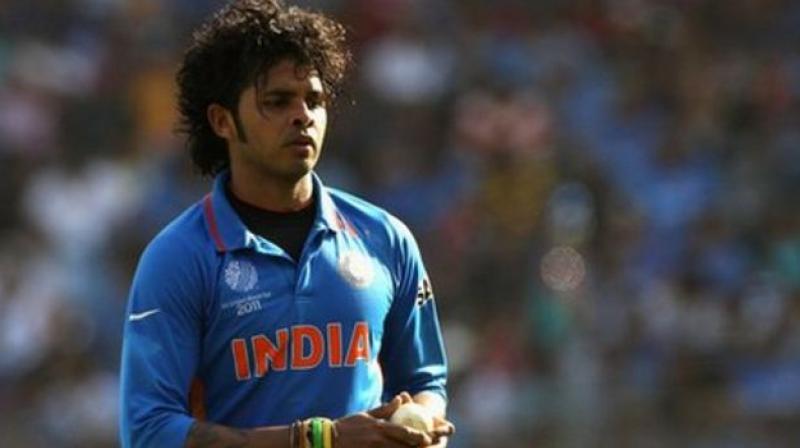 Out of favor India cricketer S Sreesanth is all set to make a comeback in the President’s T20 Cup. The 37-year-old pacer, who was charged for match-fixing in 2013, finished his 7-year-ban earlier this September. Consequently, he is now eligible to feature in the Kerala Cricket Association’s (KCA) tournament.

Sreesanth’s career in jeopardy after the 2013 spot-fixing case

KCA president Sajan K Varghese termed Sreesanth’s return as a fan-attraction. The maligned Kerala fast-bowler’s last competitive outing dates back to May 2013, when he played for the Rajasthan Royals against the Kings XI Punjab. The aftermath of that game saw Sreesanth, Ajit Chandila, and Ankeet Chavan all getting arrested by the Delhi Police on spot-fixing charges.

The Board of Control for Cricket in India  (BCCI) imposed life-bans on each one of them. But following some negotiations, Sree and Chavan walked away with reduced bans.

The President’s cup gives Sreesanth an outside chance at resuming his international career. Having debuted in 2005, the once-touted fast-bowling prodigy represented team India in 27 tests, 53 ODIs and 10 T20Is. His last international outing dates back to 2011, coming against England at the Kennington Oval.

“Yes, definitely. Sreesanth will be an attraction, and we’re excited to see him play,” Varghese commented on Sreesanth. Further, he offered some information on the final schedule of the T20 tourney. “Every player will be in a bio-bubble in one hotel in Alappuzha. We are looking at the first week of December. Just waiting for the Kerala government’s clearance now,” Varghese told Sportstar.

Commercial sports-fantasy organization Dream 11 will feature as premier sponsor for the event. “With the support of Dream11, it is a league format that we have planned. The tournament will feature multi-age group teams from all across Kerala,” the KCA president added.