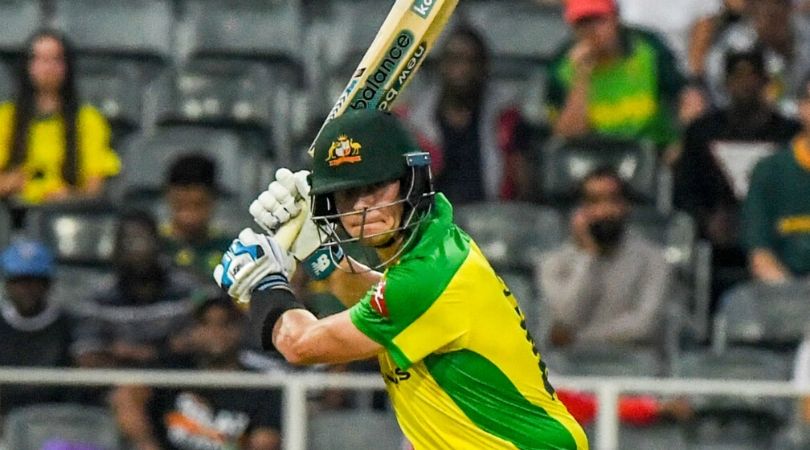 On  Friday, Australia defeated the host team by 107 big margins in the first of the three T20I matches at the Wanderers in Johannesburg. During the first match, Australia batsman Steve Smith played a beautiful knock of 45 off 32 balls with the help of 5 fours and 1 six. However, not only for this the Australian batsman is currently in the headlined but also for an incident which made the crowd to boo over him.

It all happened in the penultimate delivery of the third over when the ball slipped out of Steyn’s hand just as he was about to deliver it. And hence the ball took a couple of bounces before reaching the batsman Steve Smith. It was a dead ball, however, Smith had other plan and he danced down and lofted it over mid-on. And then Crowd booed the Australian batsman for his this activity.

Not only Steve Smith hit the dead ball for a boundary but also later Smith, on his part, was baffled to see the dead ball call from the umpire while the crowd did not take long to boo him for his actions. The video of the incident is making rounds on the internet. Here we are attaching the video of the same at the below of this article.

Earlier in the match, after winning the toss South Africa invited the visitor’s team to bat first at the Wanderers in Johannesburg. Meanwhile, Australia batsmen played brilliantly and took the team towards a huge score. They have scored 196-6 at the end of the 20 overs, thanks to Aaron Finch and Smith. Arron Finch scored 42 off 27 balls and Steve Smith scored 45 off 32 balls.

In the reply, the host’s team could manage to score only 89 before getting all-out inside 15 overs. Only Faf du Plessis from the top order batsman managed to score 20+ and hence lost the match with a huge margin. South Africa have lost the first T20 match of the ongoing series by 107 runs. Ashton Agar from Australia bowled a very beautiful spell, he took 5 wickets in his 4 overs with conceding 24.