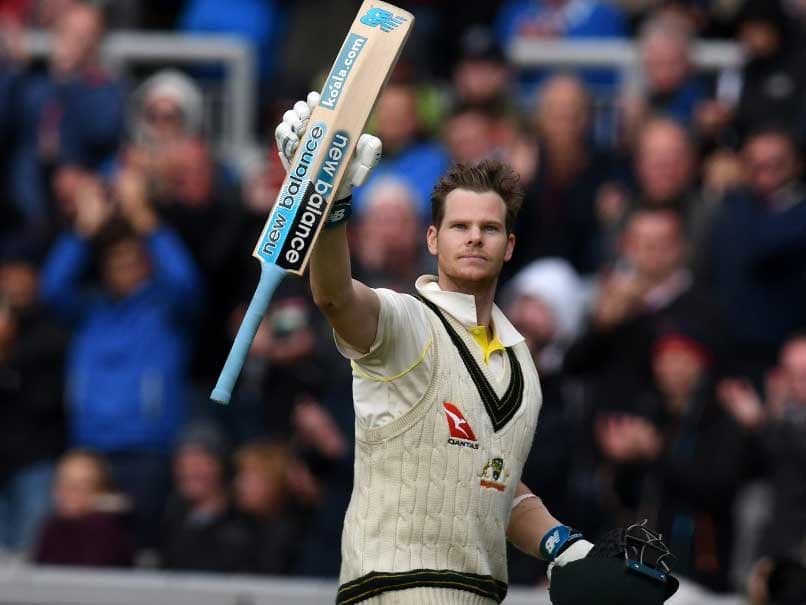 Australian batsman Steven Smith is on the verge of breaking a world new record in the fifth and final Ashes Test to be played at Kennington Oval, London on Thursday.

Smith, who made his comeback in the red-ball cricket after serving a one-year suspension, has amassed 6870 test runs from 67 matches and 122 innings. He is just 130 runs away from completing 7000 run-mark.
Steven Smith is having an outstanding Ashes where he has scored 671 runs from five innings at an average of 134.2 and has unleashed several records to his name. He has made two half-centuries and three hundreds so far in the series. His lowest score is 82.
If Steven Smith achieves 7000 runs in the fifth test, it will make him the fastest player to reach the feat. Currently Late English cricketer Wally Hammond holds the record since August 17, 1946. Hammond took 80 matches and 131 innings to accomplish the target. Surprisingly Hammond also completed his 7000 test runs on Kennington Oval where the final test will be played.
Smith has been breathtaking for the England bowlers this season and has imposed himself as the biggest challenge in this series. He made a magnificent comeback in the Manchester test where he brought up his third double-hundred against England. The former Australian skipper happened to miss the Headingley test where Australia lost the game by one wicket in a thrilling encounter.
Smith’s presence in Australia’s squad is the biggest difference in Australia’s success to retain the Ashes after taking a 2-1 lead at Old Trafford. All Joe Root & co would want is to win the last test and draw the series for pride.

England has recalled all-rounder Sam Curran and Chris Woakes to replace Jason Roy and Craig Overton in the playing XI. It will be coach Trevor Bayliss’ last match as the coach of England and will end his four-year term with the World Champions.