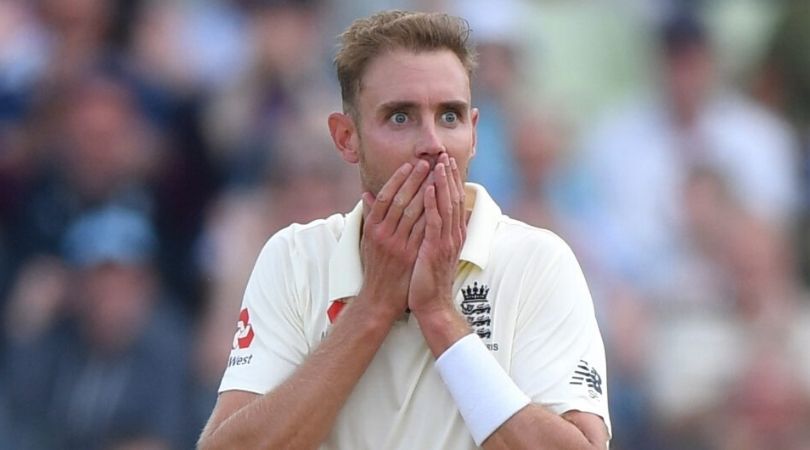 It takes years of hard work, dedication, and consistent performance to attain greatness in any form of sport. Fans often fail to understand the efforts cricketers put behind reaching a level of greatness in their careers; even ending up comparing cricketers to each other. In a similar comparison lately, England pacer Stuart Board came up with a classy response for a fan who compared he isn’t as great as Jasprit Bumrah.

Stuart Broad’s Classy Response
Recently, Stuart Broad took some time off cricket and was spending time at the beach, of which he posted a picture on his Instagram account. Broad captioned the post – ‘To the Bar or the Gym?’. What followed next was an uncalled for taunt by a fan who commented on Broad’s post by saying – “You aren’t as great as Jasprit Bumrah” – a comparison that didn’t quite go well with Broad.

But Stuart Broad did come up with a classy response. He replied, “I love him, one of my favorites. I agree with you but you don’t need comparisons. Just enjoy good bowlers! Broad wouldn’t have wanted himself drawn into an uncalled-for comparison with a fellow cricketer. 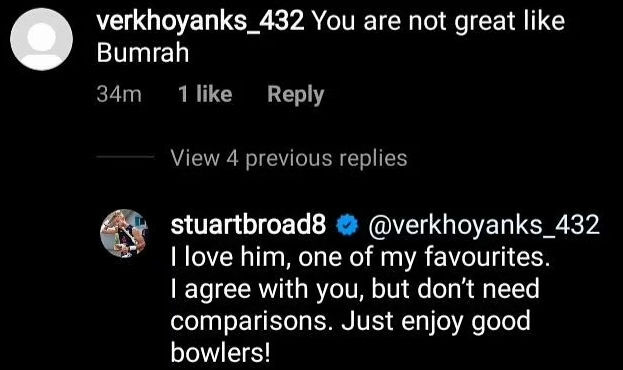 Broad’s Earlier Response to Eoin Morgan
Stuart Broad seems to be making it a habit of coming up with classy responses to posts on social media. Months back when England captain Eoin Morgan had posted about Chris Jordan excelling in T20 cricket and even being the second-highest wicket-taker behind Broad, Broad responded by saying that he still is the top wicket-taker for his country despite of not having made an appearance (in T2o) since he was 28.

Well, that’s greatness for you, one which doesn’t require any comparison whatsoever. And when it did, Stuart Broad had a classy response to it.St