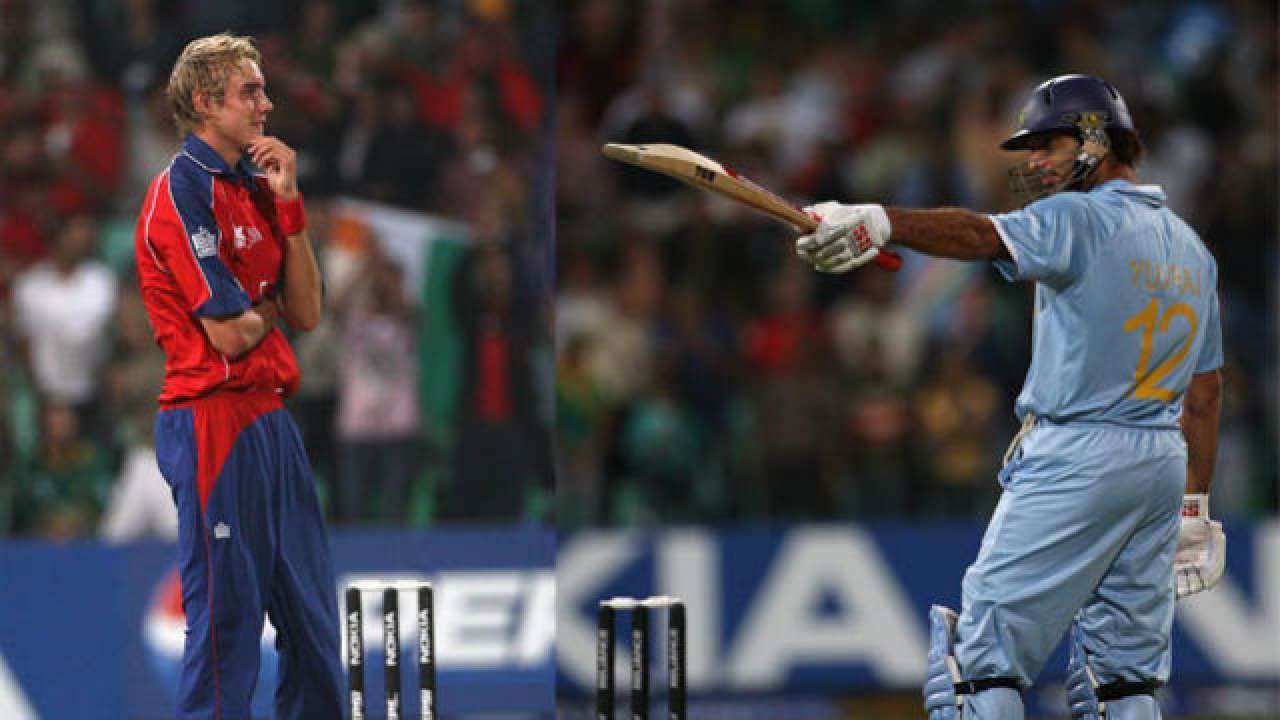 “September 19, 2007” – a day etched in cricket history, for it was on this day thirteen years ago at the inaugural edition of the World T20 that Yuvraj Singh hit England pace bowler Stuart Broad for six consecutive sixes in an over. Yuvraj remembers his feat on its 13th anniversary and Stuart Broad has come up with a hilarious reply to it.

Yuvraj Recollects Memorable Feat
On the 13th anniversary of his memorable feat, Yuvraj Singh took to social media in bringing back memories of the historic evening at Kingsmead (Durban). In the post on Instagram, Yuvraj posted a picture of one of his hits to the fence that day, and captioned – ’13 years! How time flies!! #memories’.

Stuart Broad Leaves A Hilarious Response
England pacer Stuart Broad was at the receiving that evening as Yuvraj belted him for six back-to-back sixes in an over. But it’s a game and the action is all part of it. Broad gave a hilarious response to Yuvraj’s throwback post. Broad commented, ” Time flies less than the cricket ball that night.” 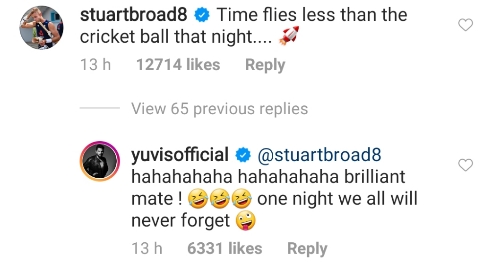 Gayle, Gambhir Join In The Fun
Yuvraj’s teammate from that memorable game, Gautam Gambhir joined in and left a fittingly hilarious response. Gambhir added – “Yeh record mujhe de de thakur.”; a line famous from Bollywood blockbuster Sholay. West Indian batsman Chris Gayle tagged Yuvraj’s feat as “legendary”. It’s an accomplishment that is hard to beat and even chase, even for Gayle’s standards, who himself is one of the hardest hitters of the cricket ball. Fellow cricketers Kuldeep Yadav, Munaf Patel and leg-spinner Rahul Sharma were among others who congratulated Yuvraj on his feat.

Yuvraj Hints At Playing Domestic Competitions
Ever since few norms were lifted over sports facilities, Yuvraj Singh has been seen practicing at the PCA Stadium in Mohali. Yuvraj wants to make himself available to play for Punjab in domestic competition, and is seeking permission from the BCCI for the same. A go ahead from the board would see the left-hander continue to feature on the domestic circuit than to ply his trade at international T20 leagues abroad.

Perhaps, we can sit back and await Yuvraj’s comeback…until then, we can relish that memorable 19th Over he faced at Kingsmead on September 19, 2007.