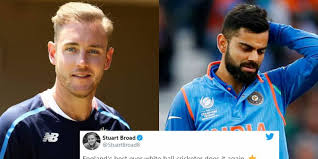 Virat Kohli hasn’t quite looked his usual fielding self in the ongoing series against Australia. The India captain was culpable for putting down some easy sitters in the first 2 games of the series. Thankfully, none of his mistakes impacted the team’s overall results, but having said that, King Kohli would certainly look to improve his on-field performance.

Sunday’s match at the Sydney Cricket Ground (SCG) saw a rather comical and eventful folly from the Indian skipper. During the 8th over of Australia’s innings, captain Matthew Wade edged a Washington Sundar delivery off to cover. It should’ve been a simple catch for Kohli- the man positioned at that point- but he fumbled and made a mess of the chance.

Virat drops Wade but still manages to run him out

It was a close call, one that Wade couldn’t quite himself believe he had survived. As it turned out, this lapse of concentration is what led to his undoing. Kohli quickly recovered from his error and lobbed the ball to wicket-keeper KL Rahul. A still-bewildered Wade stood halfway between the pitch and couldn’t make his ground back in time, as Rahul inflicted a comical run-out.

Twitter sure had a lot of fun poking at the stand-in Australia captain’s comical fate. However, among all the ones who commented, England pacer Stuart Broad stood out with the best reaction. The legendary fast-bowler tagged fellow speedster James Anderson in the video of dismissal. “Remind you of anything?”, Broad teased his partner-in-crime.

Remind you of anything @jimmy9 ? https://t.co/jGhfpdqxBu

For context, Broad was referring to the catch he dropped of Anderson’s bowling in a test-match against Pakistan earlier this year. An on-song Anderson was agonizingly close to the 600-wicket mark when Broad dropped a lolly of ex-Pakistan test captain Azhar Ali. The miss upset Anderson, but to rub salt to his wounds, Broad ended up running-out non-striker Mohammed Abbass with a sharp throw at the stumps. Here’s the video of the dismissal, courtesy of Twitter user Jonny Meeson (@JMeeson):

Well, it seems 4-months since the incident, Jimmy can finally have a laugh about it. Here’s how he reacted to Broad’s video: