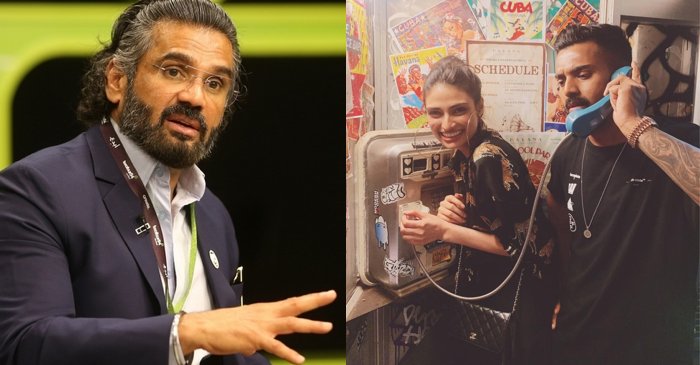 Recently, Hardik Pandya engaged to love of his life Natasa Stankovic. Serbian actress and model who has worked in Bollywood was in a relationship with the Indian all-rounder since last year. KL Rahul who is a good friend with Hardik Pandya also in talks. Rahul and Athiya Shetty, the daughter of Bollywood star Suniel Shetty has been in a relationship for quite some time now.

Both Rahul and Athiya spent the end of the year in Thailand. Both were also spotted together at the Mumbai Airport. Suniel Shetty is quite happy with whom his children Athiya and Ahan are dating. Even the actor was quoted as saying that his children’s choices fit in his family like a glove. However, he didn’t mention the names of his children’s dates. Suniel’s son Ahan is dating Tania Shroff.

Shetty said in an exclusive interview with The Times Of India, “We love the kids and the kids they are dating. Absolutely love them and I think more than a profession, being happy in life is very important today because that is the space I think that is missing. We were all happy, we grew up happy,”

Recently, KL Rahul has posted a pic with Athiya Shetty. The caption of the pic was a famous dialogue from Suniel Shetty’s movie Hera Pheri. The caption reads, “Hello, devi prasad….?”. Suniel Shetty had reacted to the pic with laughing emojis. This had added fuel to the news of Rahul and Athiya’s relationship.