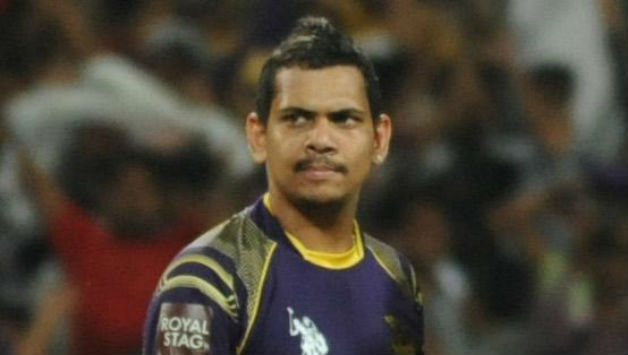 Kolkata Knight Riders won a thrilling contest against Kings XI Punjab on Saturday by a margin of just 2 runs. The hero for KKR was Sunil Narine who bowled a sensational 18th over in which he just conceded 2 runs and made the task difficult for the KXIP batsmen. However, they were in for a shock when Sunil Narine was reported by the umpires for suspect bowling action.

The good news for the franchise is that the umpires have not restricted Narine to bowl as yet, so he will still be seen in action. If his bowling action is suspected again by the on-field umpires, he will be banned from bowling for the entire season. That will definitely not be a good thing for KKR as they are looking to continue their winning spree.

“The report was made by the on-field umpires according to the IPL’s Suspected Illegal Bowling Action Policy, Narine will be placed on the Warning List and is permitted to continue to bowl in the tournament,” the IPL Release stated.

Kolkata Knight Riders are on the third position on the points table with 8 points after their win against Kings XI Punjab. The Punjab franchise hasn’t been able to finish games as they lost yet another close game which they could have easily won. KL Rahul and Mayank Agarwal laid a solid foundation for the middle-order batsmen but they choked under pressure.

KKR skipper Dinesh Karthik played a blazing knock of 58 in just 29 balls and helped his team reach 164 which proved to be too good for KXIP. At one point, KXIP looked as if they would chase the target quite easily but Narine’s bowling didn’t allow the KXIP to break free, resulting in a victory for KKR.