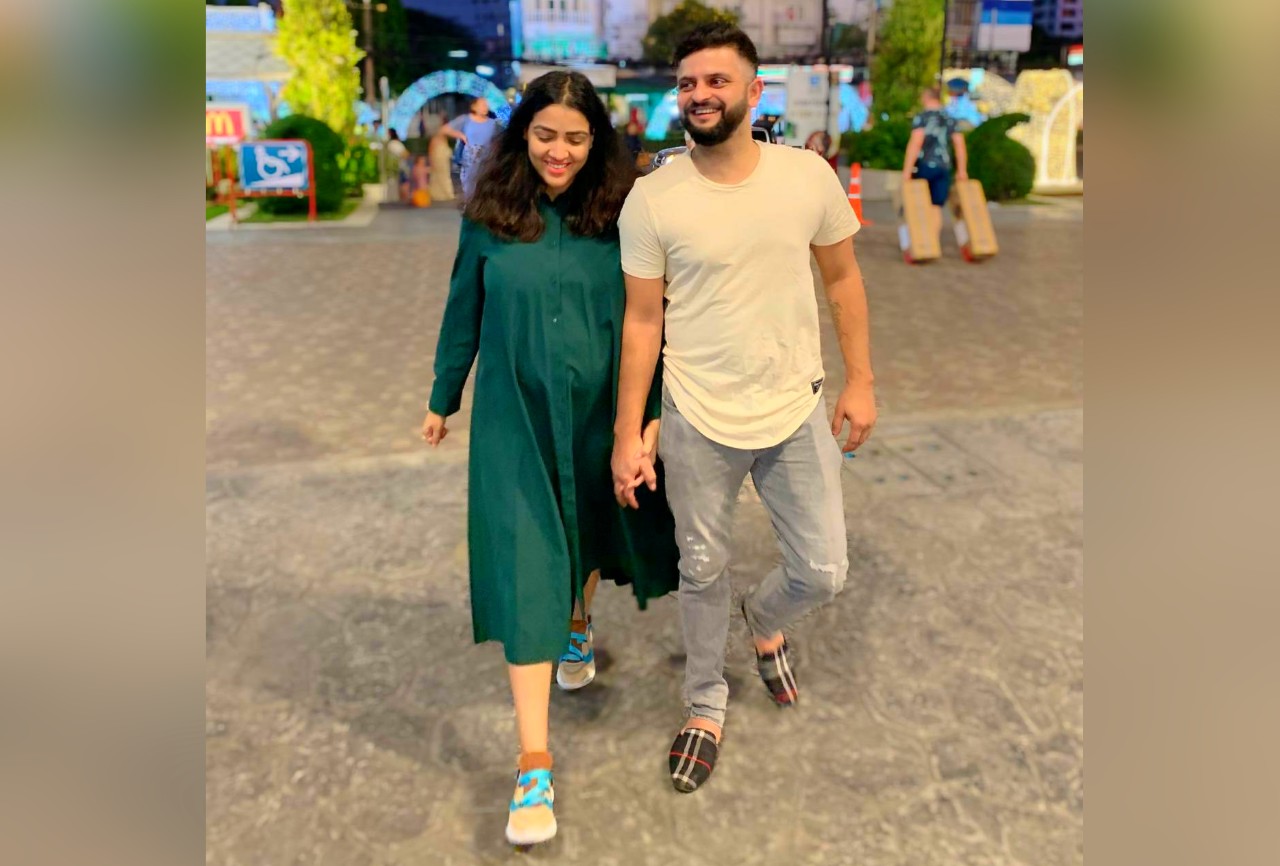 Suresh Raina has been out from the cricketing action for a while now. The Southpaw has not played any domestic or international match after IPL 2019 season. He missed Syed Mushtaq Ali Trophy this year and also not a part of Uttar Pradesh’s squad for the ongoing Ranji Trophy.

IPL 2019 was an average season for Raina. He scored 383 runs in 17 matches with an average of 23.93. Suresh Raina was hoping a call-up in 2019 World Cup squad but he found himself missing from the squad. Currently, Raina is spending most of his time at Amsterdam, Netherlands with family. The left-hander is eying a comeback from IPL 2020 season.

Meanwhile, Suresh Raina shared a good news on his Twitter handle. Raina and his wife Priyanka are set to become parents again. The cricketer shared a picture of him with his wife in which she can be seen with the baby bump. Before, the couple were blessed with a baby girl on 16 May 2016.

During the time of the birth of his first child, Raina was captaining Gujarat Lions in Indian Premier League. Suresh had to miss one match to be with his wife. Interestingly, it was the first time when Raina missed an IPL match team.

Chennai Super Kings have retained Suresh Raina as vice-captain for the IPL 2020 season. The upcoming season is a chance for Raina to regain his place in Indian team. 33-year old feels that he can solve India’s no.4 batting position’s problem. Raina told The Hindu in a recent interview, “I can be the No. 4 for India. I have batted in that slot before and delivered. I am looking forward to an opportunity with two T20 World Cups coming up, “

Suresh Raina who was a prominent member of the team India till 2015 is seeing ups and down since 2015. Raina was dropped from the ODI squad after India’s home series against South Africa in 2015. And after T20 World Cup 2016, Raina lost his place from T20 side too. However, Raina made comebacks in international sides in 2017 and 2018. But despite some good performances, he was dropped again. He has played his last match for India in 2018 against England.