The Abu Dhabi T10 League is a 10 over cricket tournament hosted in UAE whose 6th edition will be held between 23 November and 4 December 2022. 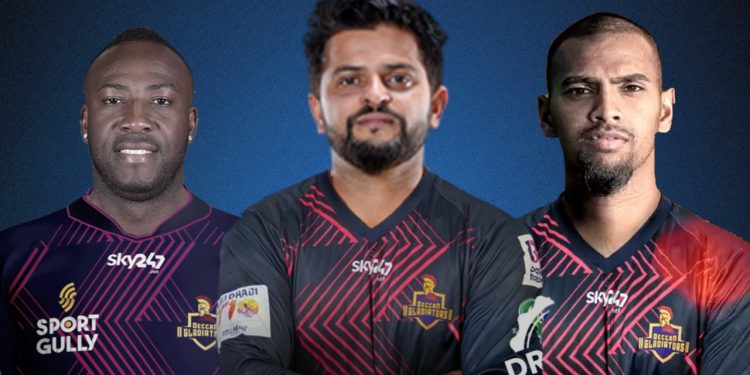 Retired Indian cricketers Suresh Raina and Harbhajan Singh have been named as participants for the upcoming edition of the Abu Dhabi T10 League in an unexpected development.

The BCCI (Board of Cricket Control in India) in the past didn’t allow Indian players to partake in any limited-overs league outside the Indian Subcontinent. However, to the delight of one and all, an exception has been made for the World Cup winning duo of Harbhajan Singh and Suresh Raina.

If the reader doesn’t already know, The Abu Dhabi T10 League is a 10 over cricket tournament hosted in the UAE, whose 6th edition will be held between 23 November and 4 December 2022.

Suresh Raina, 36, who only recently announced his retirement from the Indian Premier League (with 5528 runs under his belt) has been snapped up by Deccan Gladiators.

In all probability, Raina is also likely to be declared as the skipper of the India-based franchise for the 2022 T10 League.

Six Pakistani players in total are also going to be a part of the Abu Dhabi T10 League and interestingly, PAK spin all-rounder Imad Wasim will take the field for Delhi Bulls alongside Bhajji.

Raina, on the other hand, will have a devastating Deccan Gladiators lineup –including Russell, Pooran, Mujeeb Ur Rahman and Will Smeed– at his disposal.

The 6th edition of the Abu Dhabi T10 League will comprise 35 matches in total, with the season finale being held on December 4, 2022.

Other star players that’ll feature in the league include Kieron Pollard, Adil Rashid, Hasaranga and David Miller amongst others.