Mumbai Indians will play their opening fixture of IPL 2022 against Delhi Capitals on 27th March. 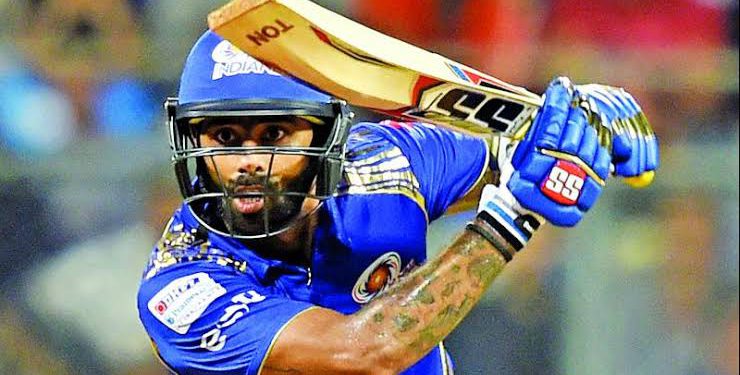 In a recent development, it has come to light that Suryakumar Yadav is unlikely to feature in Mumbai Indians’ (MI) opening encounter of the Indian Premier League (IPL) 2022 against Delhi Capitals on March 27.

Suryakumar blended well as the number three batter for Mumbai Indians in the last few editions of the cash-rich league. But a hairline fracture, which he suffered during the West Indies T20I series, has reportedly made him unavailable for the franchise’s season opener.

As per the report of the Times of India, the swashbuckling batter is currently at National Cricket Academy in Bangalore for rehabilitation as he is yet to recover from the injury. However, he is expected to get fit in time for the Mumbai Indians’ second game, which is scheduled against Rajasthan Royals on April 2.

“Surya is currently at the NCA doing his rehabilitation. He is well on his way to recovery but there is a possibility that his participation in the opening game will be a real touch and go affair. So there could be a possibility that he might be advised by the board’s medical team to not risk playing the opener,” a senior BCCI source said as quoted to the Times of India.

“I think by the second MI game, he would be 100 per cent match fit. It is likely to be more of a precautionary measure if he doesn’t play the first game,” he added.

For the unversed, the 31-year-old was retained by the Mumbai-based franchise ahead of the mega auction as his performance had seen a sharp rise in the previous seasons.

Suryakumar Yadav will likely be replaced by Anmolpreet Singh, who made his IPL debut last year against Chennai Super Kings. The Punjab-born batsman was given a chance as an opener in the absence of his skipper Rohit Sharma and scored 16 runs off 14 deliveries.