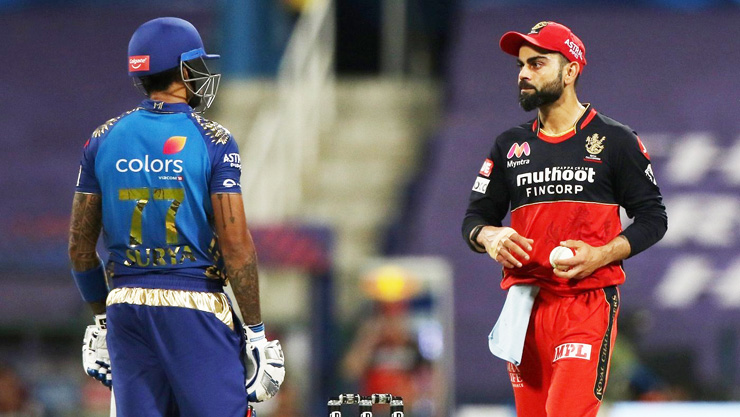 Suryakumar Yadav has been in the news for a while now; for reasons rather uncalled for. First for his onfield face-off with Virat Kohli and recently for creating a stir by liking a meme that trolled the Indian captain; however he did dislike the post a little later.

The Meme That Created A Stir
Recently a meme on social media platform Twitter went viral in which Indian Cricket team captain (named ‘paper captain’ in the meme) is been trolled. The meme – a pick from the Drama/Thriller Tamil movie Master has a fighting scene which has been portrayed as Mumbai Indians skipper Rohit Sharma (aka Hitman) fighting off BCCI selectors and Virat Kohli. Suryakumar Yadav was one of the many who had liked the trolling meme, however, the Mumbai batsman had taken off his reaction later. 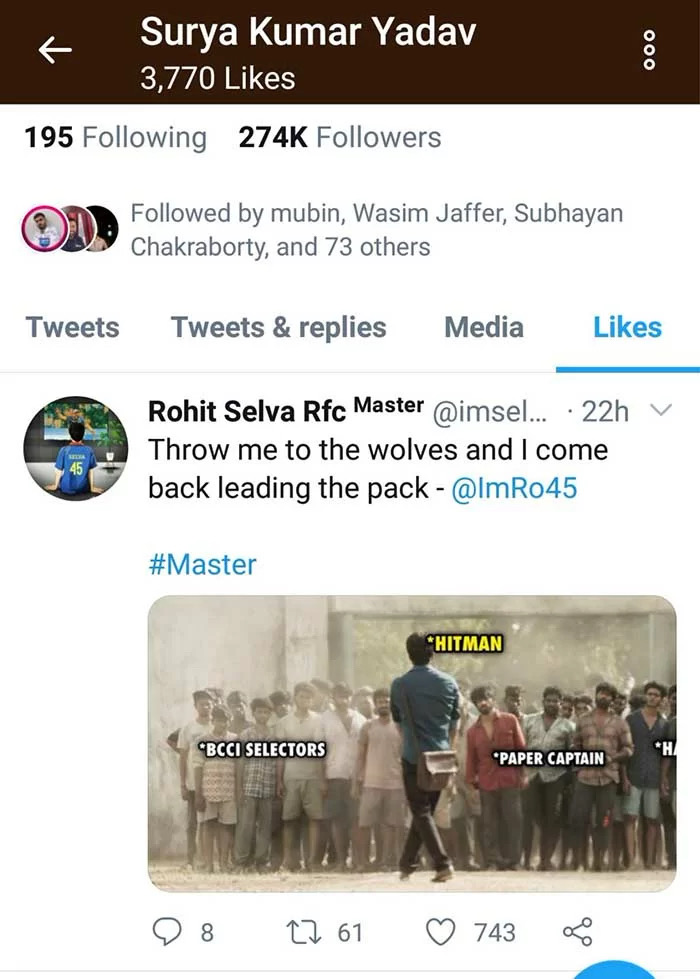 Virat Kohli-Suryakumar Yadav Face-off
The debate over Suryakumar Yadav not getting selected for the tour to Australia drew speculation from various cricket experts. Many believed the talented Mumbai batsman should have been on the flight to Australia, at least in the limited-overs series. During the Indian Premier League game between the Royal Challengers Bangalore and the Mumbai Indians, Suryakumar Yadav and Virat Kohli had a face-off with the former standing firm in his stance. It was here when the uncalled for controversy took form and ever since has highlighted any debated arising around Suryakumar Yadav.

“Be Patient” – Ravi Shastri to Suryakumar Yadav
Team India head coach Ravi Shastri explained the reason behind leaving Suryakumar Yadav out of the team that is touring India. Shastri was not in denial that Yadav was an exceptional talent but there are many others of the same calibre in the team. “Like Suryakumar there are 3-4 other players on the fringe but when you have a team that is packed with talent and experience it becomes very difficult to get in,” Ravi Shastri mentioned while talking to Times Now. He further added, “For all the youngsters I have one message – be patient and when you get your opportunity to grab it with both hands. That’s the time you don’t mess up. Instead of being disappointed be positive in your mindset that when you get the opportunity make the most of it.”

Well, that’s definitely the boost Suryakumar Yadav will look at considering he is on the selector’s radar for a place in the national team.