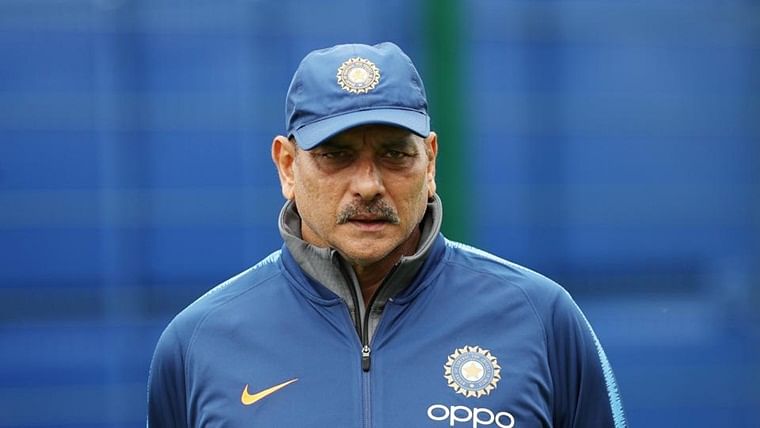 Team Head Coach Ravi Shastri Hints To Try Out New Keeper In T20Is: Since the ICC World Cup 2019, Indian wicket-keeper batsman MS Dhoni is not available for the team in order to give proper time for young Rishabh Pant ahead of the T20s World Cup 2020. However, after getting plenty of chances Pant has not shown his proper worth to replace MS in the team. And now in the recent interview to India Today, Ravi Shastri hints to try out new wicketkeeper in T20Is.

Everybody was thinking that Team Management will use Sanju Samson as the role of a wicketkeeper in the Team. But after getting selected in the squad for the last two series, Sanju is not given with a single chance to prove his worth. And it’s looking to be that, currently, Team Management has not any interest to try out Samson in the team.

For the Bangladesh T20Is, Sanju Samson was announced as the replacement of Virat Kohli, who was rested. And for the West Indies T20Is series was the replacement of Shikhar Dhawan, who was injured. But now ahead of Sri Lanka T20Is series, Shikhar Dhawan can be fit and make a return in the team. In results, there will be automatically no place for the Samson in the team.

However, it will be interesting to see that will team management still has faith in Rishabh Pant or what? Interestingly, in a recent interview to India Today, Team India Head Coach Ravi Shastri hints to try out KL Rahul as the main wicketkeeper role in the team. Well, Rahul is currently in decent form and it will be unfair to drop him out from Playing 11  in the next T20Is against Sri Lanka when Indian opener Shikhar Dhawan will make come back. Upon looking at this, Team India can try KL Rahul as the role of the wicket-keeper batsman in the team.

“KL Rahul is an absolute option. You got to see where your strength is. If tomorrow there are a couple of guys in the middle order who are firing with unbelievable innings in the IPL. IPL will be a good judging ground. If you feel a guy who can multitask can be used at the top because there’s some firepower at the back who are doing extremely well, then why not?” Shastri told India Today.

“That’s what you need. You need people who are doing 2 things at a time. Gone are the days when you only played as a batsman then you gotta be a Virat Kohli or Rohit Sharma. Even they are excellent in the field. You got to have 2 departments if not more to be able to play white-ball cricket,” he added.