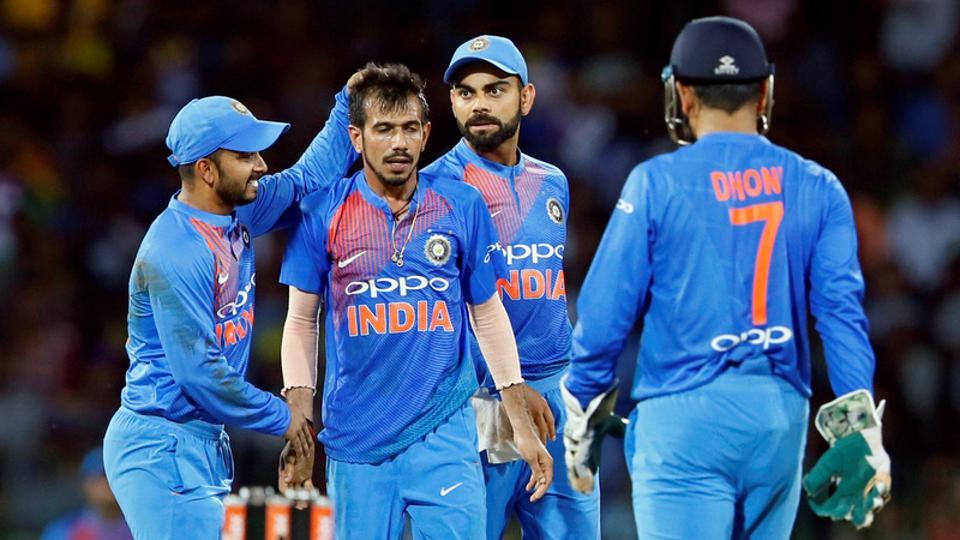 After the triumph against South Africa, now team India is set to play Bangladesh in home T20 and Test series. There were a lot of talks before the squad selections like ‘will Dhoni play?’, ‘Will Kohli get rest?’ and more. Today, the new BCCI President Sourav Ganguly met selectors and Virat Kohli in a meeting, following which selectors announced both T20 and Test squads.

On 23 October, Sourav Ganguly officially appointed as the BCCI president. In the press conference, he talked about Dhoni’s future. Ganguly said that “I don’t know what’s in his mind. India is very proud to have MS Dhoni. Till I am around everybody will be respected. Dhoni’s achievements make India proud,”

Today, MSK Prasad-led selection committee announced the squads. MS Dhoni will have to wait a couple of more months to come in selectors’ radar as he is missing from the T20 squad for Bangladesh series. While Sanju Samson -gets a call-up in the Indian team after 4 years. Sanju who has played his last match for India in 2015 gets a place in T20 team for the next series.

However, Virat Kohli rested for the T20 series and in his absence, Rohit Sharma will hold the captain’s duty. Shivam Dube has replaced Hardik Pandya in t20 team who recently underwent back surgery. Ravindra Jadeja and Navdeep Saini are not part of the T20 team. While Yuzvendra Chahal and Shardul Thakur are making their return. Team India was unbeaten in the South Africa test series so selectors have named an unchanged squad for the 2-test matches against Bangladesh.