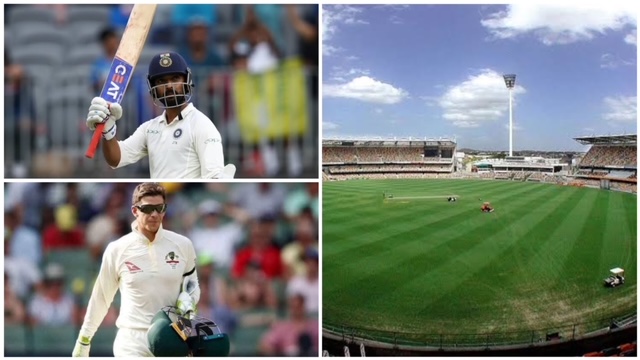 With Rishabh Pant’s aggressiveness, Hanuma Vihari and R Ashwin’s patience Indian team managed to draw the third test match at Sydney Cricket Ground. Let you all know that series is currently at a tie with 1-1 win. And now fourth test match of the ongoing Border-Gavaskar series 2021 will be a decider of the series, which is scheduled at The Gabba, Brisbane. However, team India test records in Brisbane cricket ground is not impressive. Indian team have not won any test match here so far in the history of the cricket, but this new Indian team have the capability to do it for the very first time.

This stadium is situated in the Brisbane suburb of Woolloongabba – it’s shortened to the Gabba. Brisbane Cricket Stadium has established in 1895, however, the ground has gone through some drastic redevelopment during the last decade. Amidst of all this stadium has the capacity of 42,000 heads (approx). And also the playing area is of the dimensions 170.6m long, 149.9m wide. Here, not only cricket is a primary sport but also many other sports played, Australian Rules Football (Brisbane Lions), Rugby Union, Athletics, Baseball, Cycling, Greyhound Racing, Pony Racing, Rugby League, Soccer.

Brisbane Cricket Ground pitch is always known for his balance behaviour. Here batsman and bowlers both have equal chances of getting success. Not only this but also the bounce here is pretty much getable and easy to read for any batsman. However, against the spinner especially leg spinner batsmen may get little toughness. Here spin bowlers can get help with the extra bounce as likely to hoodwink the batsman as turn.

Team India tests records are not impressive in Brisbane Cricket Ground. Since the start of the test cricket, India has not registered a single win here at the Gabba, Brisbane. However, in the last couple of years, this new Team India has achieved many feats and fans are hoping for one more historical moment.

Australian Team record at the Gabba, Brisbane is tremendous. They have played 55 tests matches here and out of which registered 33 wins and has only managed eight losses. Meanwhile, they ended up tying one game while the rest 13 of them have ended in a stalemate. And also since 1988, Australia has not defeated by any opposition team at this venue.

“(We’ll) move on now to Brisbane, we have a very good record there. Looking forward to playing there in a few days’ time. Wanted to be a little bit more aggressive at times, went up and down through the gears throughout my innings, absorbed the pressure when needed to. Not too much else, just watched the ball hard and concentrated well. Nice to spend some time,” Steve Smith told the host broadcasters after the match.