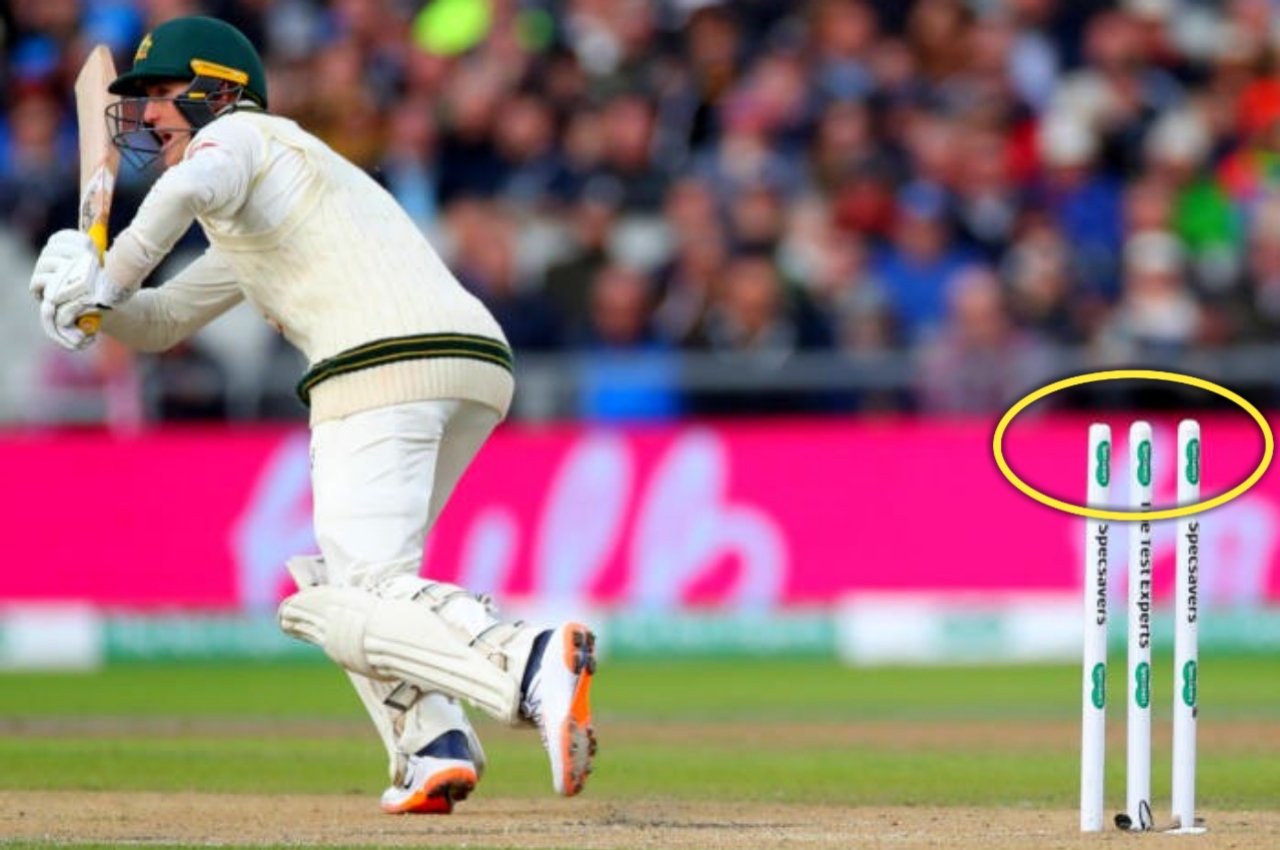 During, The Ashes 4th test, an unusual thing happened as the cricket match was played without the bails on stumps. Heavy winds at the Manchester forced umpires to take this decision. The incident happened during the 32nd over of the Australia innings on the first day.

The Ashes Cricket Without Bails

The wind was too strong that bails were continuously falling off stumps. Also, a beach ball from the crowd blown on to the pitch. Umpires Kumar Dharamasena and Marais Erasmus decided to carry forward the match without bails until the wind stop. This act is perfectly within the rules of cricket.

The first time this rule was applied in 2017 during the Afghanistan vs West Indies ODI match. There were also windy conditions and bails were flying off stumps.

We played with no bails for a bit, then they brought out some heavier ones, now we're back to the original ones.

Cricket is strange at times.

In the ongoing Ashes Test, at the end of 1st day, Australia is on 170 per 3. Steve Smith is making his return after missing the 3rd test due to injury. He has continued his amazing form and is currently unbeaten on 60 runs. This is his 4th successive fifty-plus score including two centuries in The Ashes 2019.

Recently, Smith overtook Virat Kohli to become No.1 batsman in ICC Test Rankings. It took him just 3 innings to retained his no.1 spot. However, there is a difference of just one point between him and Kohli. Smith has 904 rating points while Kohli has 903. Now, India’s next test series is against South Africa starting 2nd October. Virat Kohli will eye to regain his no.1 position.