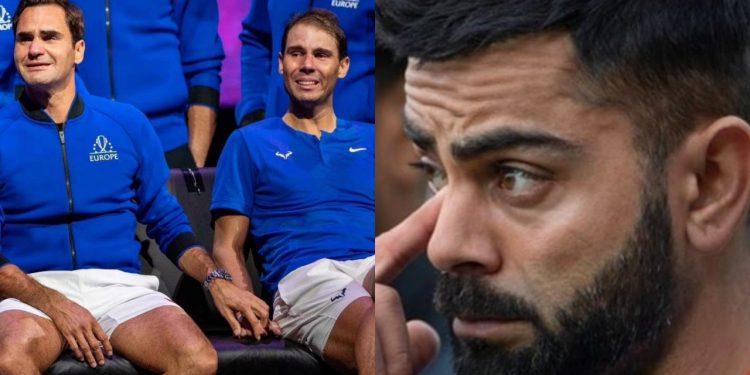 Just as the game ended, Federer was seen in tears and so was his friend and rival Rafael Nadal who cried as much as retiring Federer.

How are we getting over this? @rogerfederer | @RafaelNadal | #RForever pic.twitter.com/cpOfSznp4X

The 20-time Grand Slam champion ended his legendary career with a loss as he along with his long time rival Nadal went down by 6-4, 6-7 (2/7), 9-11 against Team World’s Frances Tiafoe and Jack Sock.

As the match ended, Federer hugged Nadal as well as Frances Tiafoe and Jack Sock.

Federer couldn’t control his emotions as he delivered the farewell speech. He thanked his fellow players, fans, family and wife Mirka for the constant support he got during his journey.

Rafael Nadal, Federer’s biggest on-field rival, was a bundle of emotions during this whole time while Andy Murray also moved to tears.

The viral picture in which both Federer and Nadal are seen crying together has been hailed by various sports personalities across the globe.

Also Read: 3 Indian Players who might be Traded during IPL 2023 Trade Window

The Swiss tennis star had some incredible numbers on the court playing 1527 matches and clinching 20 Grand Slams in a much celebrated career.

However, what makes him even more special is the way he always carried himself with grace and humility which is truly inspirational. 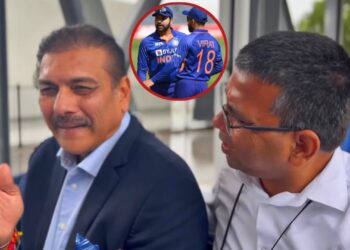