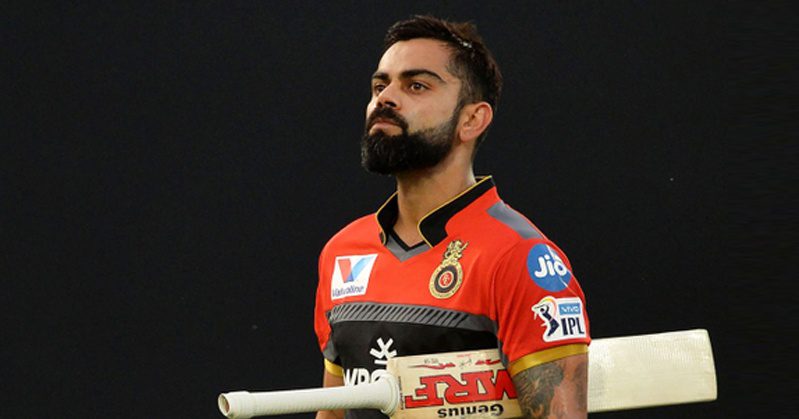 Virat Kohli has been a part of the Indian Premier League since its inception. He was just a teenager when he started representing Royal Challengers Bangalore in the year 2008. He is, in fact, one of the very few players who have played only for one franchise throughout his career. He stepped into the captain’s shoes in the year 2013.

He will be representing RCB for the thirteenth consecutive year in this year’s IPL. Virat Kohli has been a great example for the other teammates as he has always given his best for the team. As a result, Kohli is the highest run-scorer of the tournament.

As a team, Royal Challengers Bangalore haven’t really been able to pull off a great show. They have mostly been at the bottom of the points tally. They surely have quality players, but they have not been ably supported by the other teammates. Kohli hasn’t been very successful as a captain in the franchise cricket, so this raises a question whether Kohli would ever like to change his franchise!

That’s always gonna be our dream together: Virat Kohli

The RCB captain has cleared the air regarding the same as he said that he cannot even think of leaving the franchise. “It has been 12 years. It is such an amazing journey, so surreal. For a lot of people, it’s all about obvious we want to achieve the ultimate goal for the RCB. We have come close thrice but haven’t made it,” Virat Kohli was quoted saying in a video on RCB’s Twitter handle.

Virat Kohli will really be looking forward to leading the team in the best possible way. RCB will definitely look to better their record and have a fresh start to this year’s IPL. Ultimately, they would love to get their hands on the IPL trophy.

“That’s always gonna be our dream together and I was just thinking there is no way in any scenario that I can ever think of leaving this team, because of the love and care, the franchise has shown.

“You can feel emotional about the season going well or not but to have that loyalty with Bangalore, with RCB its quite surreal. Till the time I play IPL, regardless of how we play, I’ll never leave this team,” he concluded.

In the 2016 edition, Kohli-led RCB were very close to winning the trophy as they made it to the finals with Virat Kohli scoring almost 1,000 runs in the season which comprised of record four centuries. It’s been all downhill since then for the team, but they will definitely have their eyes on the trophy this time around.