The Strongest Playing XI Punjab Kings can field in IPL 2022

Mayank Agarwal has been named PBKS skipper while Jonny Bairstow will take on wicket-keeper's role. 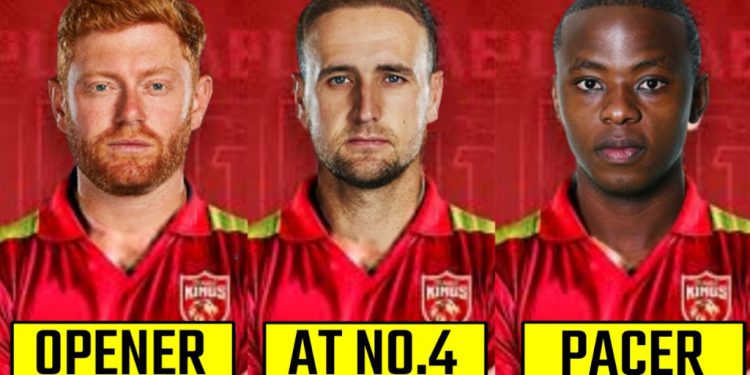 The Punjab Kings’ think-tank put in a lot of effort into constructing their side for the upcoming IPL cycle to put an end to their 12-year-long trophy drought. On paper, PBKS seems to have one-off, if not the best starting XIs available to field.

However, a big problem with the Punjab management has been their inability to properly utilize all the resources they have available to themselves. And in a bid to help them sort out their selection troubles, we have picked our own best starting XI for the Punjab Kings side.

There’s a lot of versatility present at the top of Punjab’s batting order, given that each of the first 3 players can open the innings if necessary. We, however, have gone with Jonny Bairstow to open alongside Shikhar Dhawan, with new captain Mayank Agarwal assuming the innings builder role at number 3.

The primary reasoning behind dropping Mayank from his preferred opening spot is that Bairstow tends to be a bit more explosive at the powerplay overs, and that’s something the PBKS management should maximise as much as they can. Combined with Dhawan’s calculated style of play, the trio makes for a very exciting top-order.

Bairstow will also be keeping the wickets for this lineup, which further ups his stocks as one of the quintessential players in this new-look Punjab lineup.

The fireworks of Punjab’s batting unit runs quite deep, with 3 really mercurial players filling in at numbers 4 to 6. Liam Livingstone will bat at number 4 and will occasionally have to double up as a batting all-rounder.Shah Rukh Khan will bat at number 5, and should shoulder much of the finishing duties himself.

West Indies upcoming explosive fast-bowling all-rounder Odean Smith should bat at number six, sharing some of the finishers’ role, and also providing a few overs of pace as and when needed. And at number 7, they have the experience of Rishi Dhawan, captain of the Himachal Pradesh team that recently lifted the Vijay Hazare trophy, to serve as yet another hard-hitting bowling all-rounder.

Rishi, Odean, and Livingstone already start adding a decent amount of depth to this brand-new Punjabi bowling attack. But it will be Arshdeep Singh and Kagiso Rabada who will lead this pack of bowlers and take of the mantle of death bowling.

That just leaves the Kings with two open spots, where at one of which, they’ve got a very impressive option in the form of Sandeep Sharma, who will feature as the team’s opening bowler in the powerplay. And finally, Rahul Chahar will start as the primary spinner of this side, and will bowl his bulk of overs in the middle to contain the opposition batting lineups.