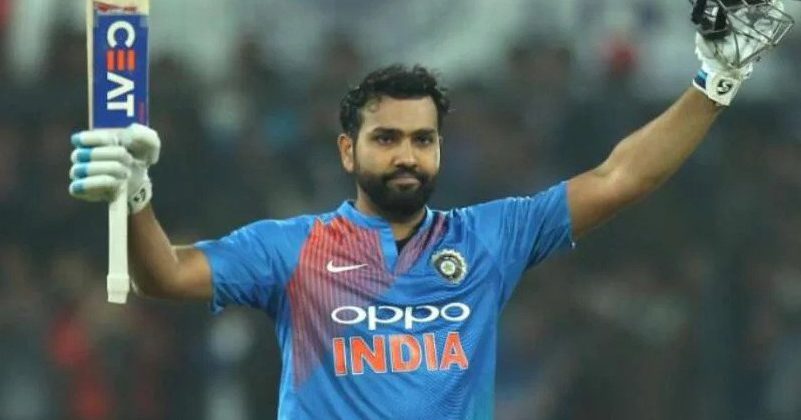 Rohit Sharma is a household name in India and especially amongst the cricket fans. One cannot easily forget his on-ground heroics. He has been a consistent run-getter for India and won the team many matches single-handedly. Recently the star batsman conducted a question and answer session with his fans on Twitter.

In the session, Rohit answered variety of questions related to cricket and his personal life. He even went on to reveal the amount of his first ever income in cricket. Rohit is a street-smart cricketer and has learnt a lot about the game playing on the streets of Mumbai. He was trained at the famous Azad maidan; a place where thousand of kids come to learn cricket.

You would be surprised to know that Rohit Sharma’s first income was not even a paycheck, but Rs.50 cash. The amount was earned while playing with friends near his society. “My first paycheck was not a paycheck, it was cash which I won playing near my society. It was 50 rupees. It was spent by eating roadside vada pav with my friends,” Rohit replied to a fan.

Rohit Sharma had a great run in the World Cup last year where he smashed many records and ended up as the highest run-getter with a whopping 648 runs from nine matches at an average of 81.00. The right-handed batsman is currently at home like other cricketers. He will soon be seen in action captaining the defending champions Mumbai Indians in the 13th edition of Indian Premier League.

Q: #askRo Hey Rohit, how much of a challenge will it be for those cricketers who have had absolutely no/negligible practice to get back in shape? Considering that playing fast bowling in tune or 140kmph + is seriously tough
– @chawla_yash

The tournament will start from September 19 in UAE with the final taking place on 10th November. Training camps will be organised by BCCI for the centrally contracted players and chartered flights will be hired to fly players to UAE. Additionally, tests will be conducted to ensure the safety of everyone.