This is why crowd chants RCB, RCB in Mumbai vs MP Ranji Trophy Final

Meanwhile, the match was going smoothly, and a loud chant was heard among the audience saying,"RCB, RCB" in the Final of Ranji Trophy 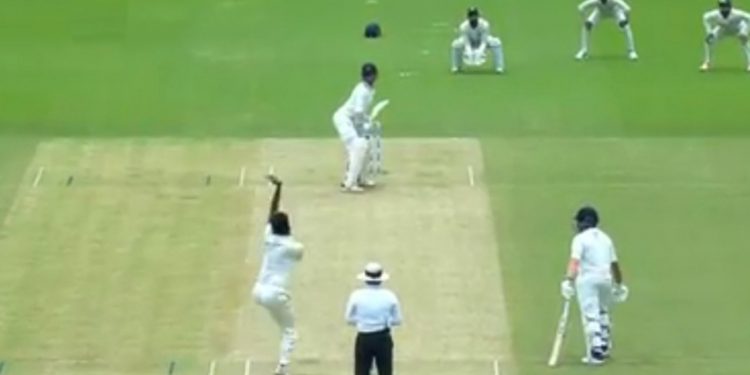 Not to mention, Mumbai is a 41-time title holder who will face MP for their first final since 1998-99. MP won their group without having to lose a match, then defeated Punjab and Bengal in the quarters and semis to safeguard a spot in the final two. Mumbai had quite a similar journey, topping their cluster with two wins and a draw, and then beating Uttarakhand by a humongous 725 runs in the quarter-finals to advance to the semi-finals, where they managed to draw with UP but won on the grounds of a first-innings lead.

The match began with a swift course as Mumbai won the toss and opted to bat first. Mumbai skipper, Prithvi Shaw looked in a brilliant and hard-on face for the bowlers as he started his innings with the accompanying batter, the left-handed sensation, Yashasvi Jaiswal. The first session saw a pretty confident Shaw and Jaiswal as they both took the charge and paved the opening partnership for Mumbai. Nevertheless, Shaw nearing his half-century couldn’t complete the milestone as he was bowled and knocked over by Anubhav Agarwal. On the other hand, Jaiswal kept strong on his will to take the charge and score a brilliant 78 off 163 deliveries which included 7 fours and a six.

Meanwhile, the match was going smoothly, and a loud chant was heard among the audience saying, “RCB, RCB” in the Final of the Ranji Trophy. The crowd was going nuts as Rajat Patidar was seen on the field playing for Madhya Pradesh. Rajat Patidar who is currently playing for Madhya Pradesh is also a part of the Royal Challengers Bangalore. And since the match was being played in the Chinnaswamy Stadium, the crowd just couldn’t control it. Rajat Patidar played one of the best knocks for RCB in the recently ended IPL.

Wishing our #3, Rajat Patidar, all the best for the Ranji Trophy final against Mumbai. 🙌

The main reason behind the crowd going nuts was Rajat Patidar in the field and who was playing for MP and on top of that in the heart of Bengaluru, the Chinnaswamy.