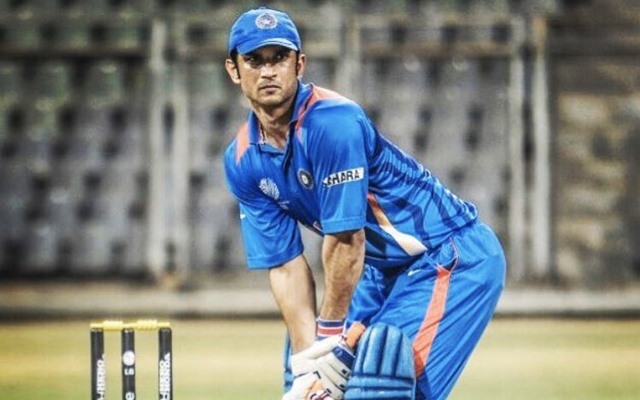 The tragic news of Bollywood actor Sushant Singh Rajput’s suicide has left all his fans in utter sorrow. The 2013-Filmfare award-nominated actor had an infectious sense of charm and charisma in his personality; which enabled him to acquire immense admiration from his Bollywood colleagues and fans alike. Sadly, his story ends as yet another unfortunate example of an artist gone too soon, making his demise even more excruciating.

Over the past decade, Sushant featured in a whole bunch of critically acclaimed movies- but the one acting-role that propelled his identity to a Bollywood-icon status; was his portrayal of the legendary India cricketer Mahendra Singh Dhoni in his 2016-biopic ‘MS Dhoni: The Untold Story’, directed by Neeraj Pandey. Sushant’s successful on-screen emulation of the former skipper’s calm and collected persona garnered him immense respect from his fans. Part of the reason behind Sushant’s commendable performance stems from the dedicated groundwork he had engaged in to get a grip on Dhoni’s character. Not our words- but those of Keshav Banerjee’s, more famously recognized as Dhoni’s childhood-coach.

Over on a recent interaction with The New Indian Express, Banerjee reminisces on Sushant’s commitment towards his role. Banerjee, who was involved with the film’s shooting as one of the story’s side-characters (portrayed on-screen by actor Rajesh Sharma), recalls Sushant as a gentle and well-behaved boy.

“He was such a gentle boy. So well behaved; and I today as I watch news channels, I cannot believe it,” Banerjee said. Further, he revealed Sushant’s enthusiasm towards mastering one of Dhoni’s signature batting-tricks- the ‘Helicopter Shot’.

‘Sushant was keen to learn the Helicopter Shot’- Keshav Banerjee

“I remember when he came to Ranchi. We had a long chat. Me and Mahi’s friends were there. He always used to ask me, ‘Dada Dhoni ka helicopter shot sikha do na’. He went after me; the way Mahi used to play it, what kind of facial-expressions he maintained. Such a focussed boy. Single-minded determination. That’s why it came out so well. You could not tell it was not Dhoni. I only have his memories today. I wish I could’ve helped him avoid this fate,” he concluded.

Interestingly, according to Dhoni’s biopic, the ‘Helicopter-Shot’ was actually a variation on the more brutal ‘Thappad-shot’- a trick that Dhoni’s childhood pal Santosh had come-up with.