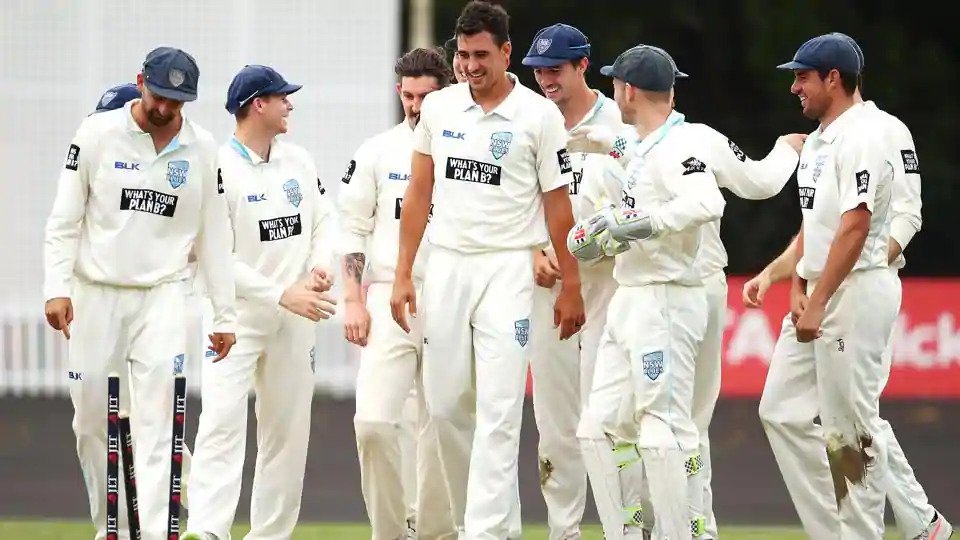 Part I- Full, pacy, and inswinging.

Visitors WA were already having a tough time catching up to NSW’s first innings total of 270. They were trailing behind by 94-runs and were in desperate need of some lower-order tail-wagging, but Starc’s fiery on-field disposition pretty much warded off all those hopes. Steaming in to bowl his 19th overs, the ‘FLOAT’ struck on his third ball with the wicket of Jason Behrendorff. His next-delivery castled David Moody as the red-cherry crashed onto his pads plumb in front of the leg-stump. Simon Mackin went down as WA’s final nail-on-the-coffin; almost aping Behrendorff’s dismissal from two-deliveries prior as Starc wrecked his middle-stump with a spicy yorker.

And just when you thought this couldn’t get any better, here’s an equally impressive side-B of the tape. WA had a daunting, 394-target ahead of them and were reeling at 222/7. A perfect stage set for an encore of his first-innings heroics, and Starc doesn’t disappoint.

He starts with short, off-pitched delivery that clips the edge of Jason Behrendorff’s willow and lands straight on ‘keeper Peter Nevill’s gloves. Next-ball- final of the 75th over, David Moody fails to defend against a full-length off-cutter; collecting a golden-pair and fetching Starc his sixth-wicket of the match.

And after an over-long wait, Johnathan Wells adds the last feather to Starc’s enviable, 7-wicket cap, as he softly edges one to Kurtis Patterson in the first slip. The hosts end with a massive 171-run win, and Starc ends the game with twin hattricks.