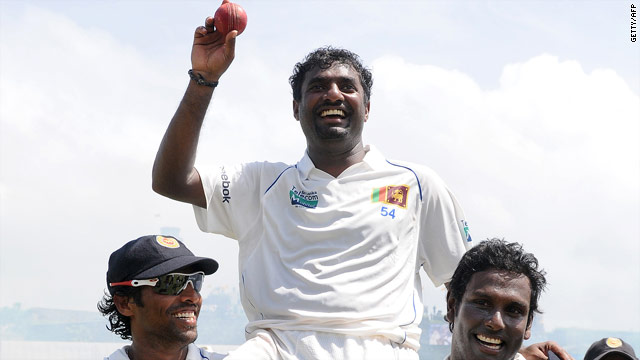 Former Sri Lankan off-spinner Muttiah Muralitharan boasts a proud reputation as one of the all-time greats of the Gentlemen’s game. His staggering tally of 1334 wickets across tests and ODIs combined is yet to be bettered by any bowler; a feat that, rest assured, won’t be overcome anytime soon. Almost 10-years ago from today, Murali etched his name on the golden-pages of the sport, as collected his 800th test-scalp against India at Galle. Yet another record statistic, that no international-bowler has been able to even come close to.

Indian red-ball off-spinner Ravichandran Ashwin took the chance to reminisce on Murali, and his proud, decade-old accolade. Over on his candid talk show on Twitter, called ‘DRS With Ash’, the two had a lengthy chat about the evolving game-plans of spinners. At some point in their conversation, Ash asked Murali to look back at his iconic, 800th test-wicket experience. And the latter had quite a story to tell.

Ashwin set the conversation going by sharing a funny anecdote that featured his former Indian spin-bowling mate, Pragyan Ojha. Ojha, incidentally, was Murali’s prized, 800th test-wicket, and had quite a backstory behind it. According to Ash, Ojha claimed that he had willingly gifted his wicket away to Murali to help him reach his stellar landmark. None of his teammates were willing to believe him, though, and trolled him for his ‘ridiculous claims’.

“Ojha said that he gave away his wicket on purpose, considering Murali’s stature and the landmark. Everybody trolled him in the dressing room. They said, “Even if you hadn’t ‘purposely’ thrown your wicket away, Murali would have got you the next ball”,” Ash revealed.

“Didn’t talk to Ojha, asked Ishant to get out”- Muttiah Muralitharan

Well, it doesn’t seem Ojha’s trolling stories would be over anytime soon; since Murali nearly validated on the fallacy of his claims. Murali revealed that he didn’t have any chat with Ojha on the matter whatsoever, but he did ask Ishant to lose his wicket and be done with the match soon.

“I didn’t say anything to Pragyan Ojha. I told Ishant Sharma during the water break ‘Ishant, just start playing shots. It’s the last wicket. Despite all this, India is not going to draw or win. Give me your wicket and go. At least I will be satisfied,” he told Ashwin.

Regardless of whether or not Ojha’s dismissal was on-purpose, it didn’t help his team; as they could only acquire a slim, 94-run lead after following on. Sri Lanka made 520 and 96 in their first innings; India made 276 and 338 in theirs. In the end, the hosts won by ten-wickets.