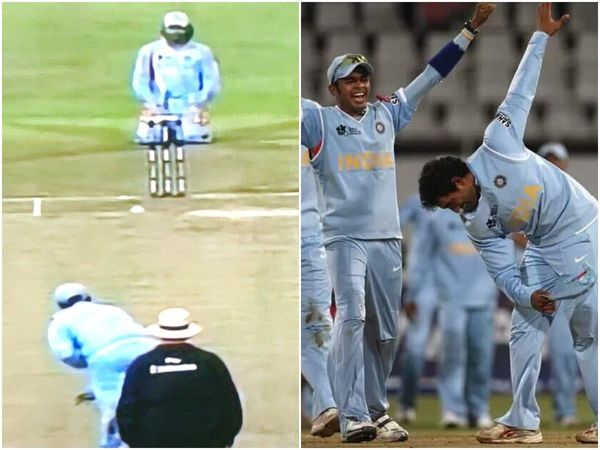 Karnataka-based wicket-keeper batsman Robin Uthappa has a rather interesting bowling achievement associated with his name in the international arena. Robin, alongside teammates Virender Sehwag and Harbhajan Singh; was a linchpin of team India’s iconic ‘bowl-out’ victory against Pakistan in their 2007 World T20 group stage clash. More than a decade since his popular ‘hat-tipping’ celebration, Robbie explains what made the job easier for him.

Speaking to his Rajasthan Royals’ coach Ish Sodhi over on a podcast, Robin revealed that Venkatesh Prasad, the team’s bowling coach, had actively conditioned the team for a bowl-out situation. “We had practiced bowl out, and for that, I’ll give credit to Venkatesh Prasad. He was very astute about such things, and looking back now, I think his far-sightedness lent us some confidence about the situation,” he opined.

Besides crediting Prasad, Robbie also had a few words of appreciation for his captain from that time, MS Dhoni. Sure, there’s the conventional sense of recognition that the ‘Captain Cool’ acquired for his uncanny coolheadedness that was so vital for the team’s success. Especially considering that the Indian team competing in that tournament were missing some of their biggest stars; like Sachin Tendulkar, Sourav Ganguly and Rahul Dravid. Ultimately though, in true underdog fashion, the team managed to overcome all the odds stacked against them; and in the process, became the inaugural T20 World Champions.

Robbie, though, has a more personal memory associated with the former Indian skipper. Talking about the aforementioned bowl-out, Robin explained that Dhoni came up with an advantage for his bowlers.

“One of the things that MS [Dhoni] did well, and that he did differently from what Pakistan ‘keeper did was, where he stood behind the stumps. Pakistan’s keeper (Kamran Akmal) was standing where a WK usually stands. A few feet back and besides the stump — just alongside the stump. But MS was (sitting) right behind the stumps and that made it so much easier for us. We just had to bowl at MS and it gave us the best chance to hit the wickets. That’s all we did.”