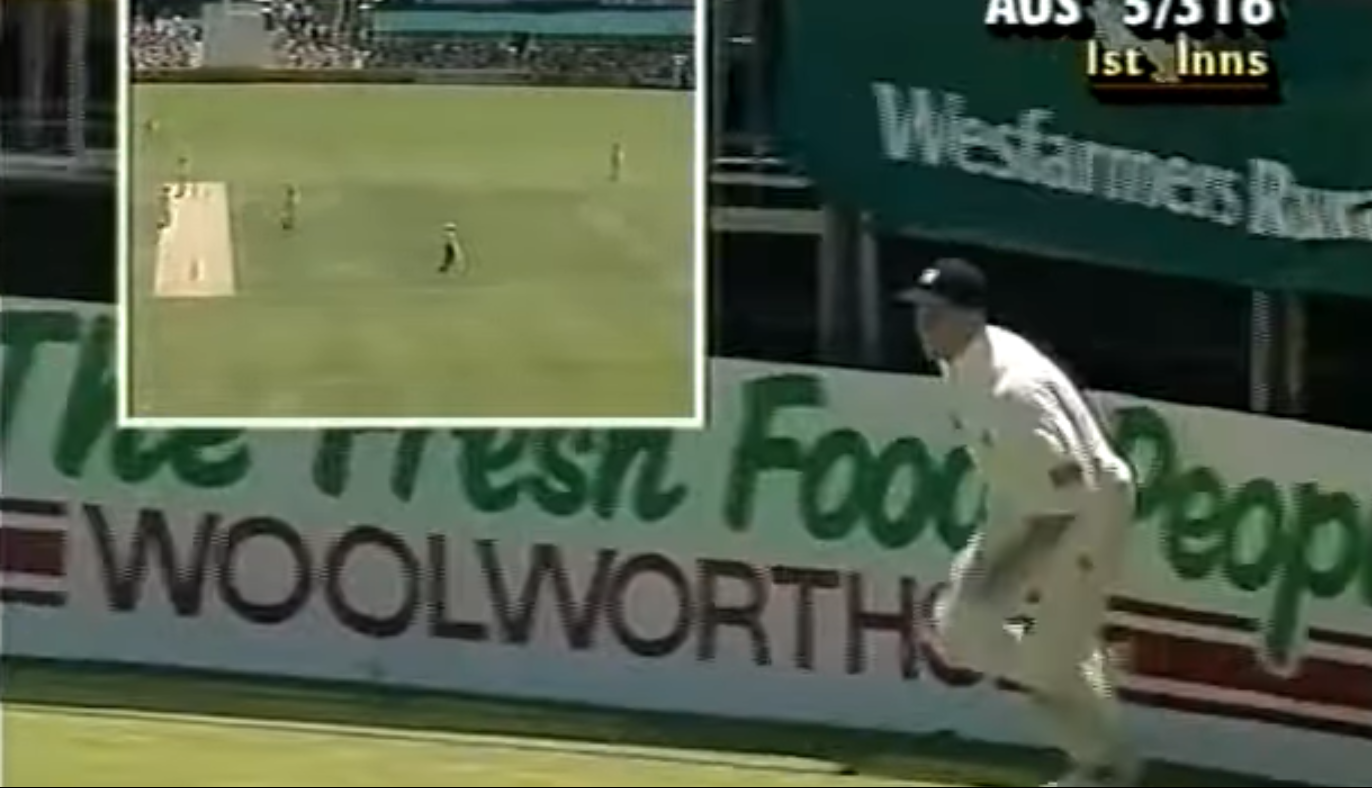 The gentlemen’s game has always had a polarizing aspect of balance around itself. Pundits in and around the sport often air their vexations about how the existing format often makes cricket a ‘batsmen-dominated’, or, conversely, ‘bowling oriented’ affair. Most of these arguments tend to have some amount of context to them; which prompts the rule-makers to implement changes when necessary. Prescribed guidelines on moderation on the sizes of bats, limiting the number of bouncers per over, field-restrictions; these are just several of the revised, reconsidered decisions that come to mind.

The video we feature on our throwback-reel today covers a past cricket rule; rather, it’s lack thereof, which inclined the game of cricket considerably more in batsmen’s favor. Australian cricket enthusiast Rob Moody, aka Robelinda, on his social accounts, has an unrivaled record when it comes to owning archived cricket-footage. It’s from his ever-expanding archives that we bring you what we believe to be one of the most amusing cricket footages you’ll have seen all through this week.

The video in question features former Australian captain Steve Waugh running five-runs of a single-ball in an Ashes match. Australia were batting against England in a test match at Perth’s Western Australia Cricket Association (WACA) Stadium. At some point in the match, one of the English bowlers bowled a length, inswinging delivery to Waugh; which he effortlessly flicked towards square-leg. A nothing-too-spectacular shot on a nothing-too-spectacular ball, but we can’t say the same about the fielding effort that followed.

Steve Waugh scores five-runs in a single ball without hitting a boundary!

England’s fielder positioned at short-leg, John Crawley, took off on the sluggish WACA and tried to stop the ball from reaching the boundary rope. Problem was- there was no boundary rope. This was at a time the advertizing fence around the ground circumference functioned as the boundary; and the game organizers hadn’t quite maximized on all their advertisement based money-making formula’s yet.

Ergo, no boundary- Crawley had to sprint all the way up to the ad hoardings, regain his balance after a slight fumble, and then throw the ball back at to an inner-circle fieldsman. And despite all his athleticism, Waugh and his partner still effectively scored a boundary- better than a boundary, actually, as they completed five-runs. On-air commentator Tony Grieg’s tired, matter-of-factly insights perfectly sum up the overall English mood.