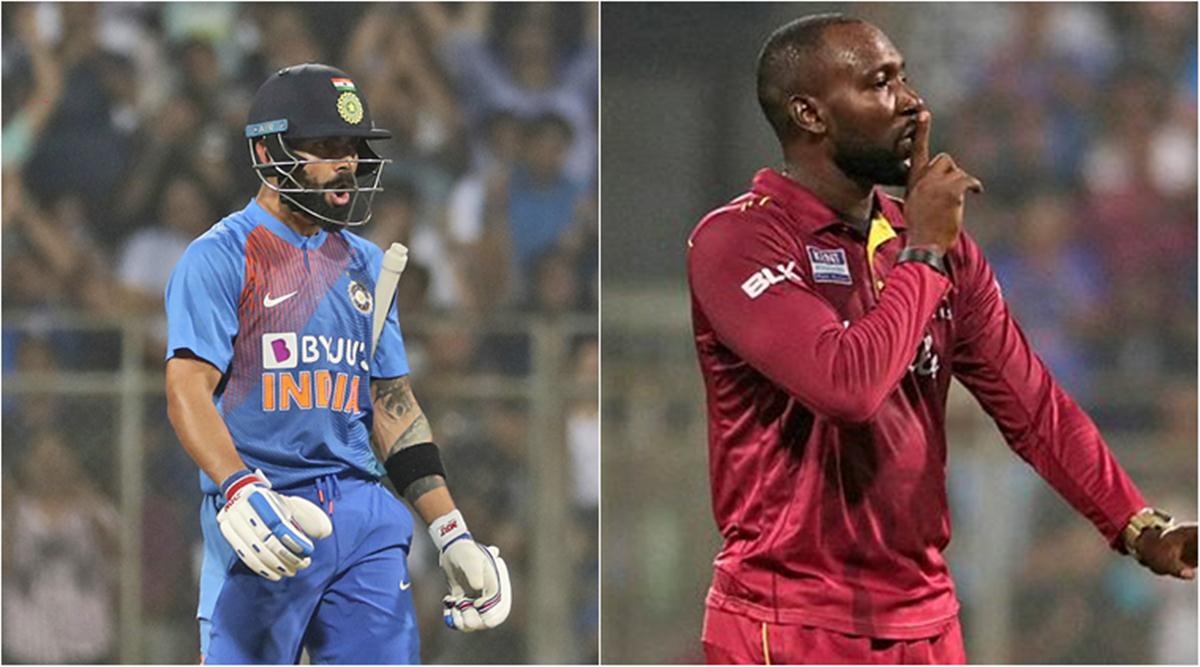 One of the highlights from the Indian team’s home series against the Windies last year was Virat Kohli’s rivalry with fast-bowler Kesrick Williams. A player with quite the reputation for his on-field aggression; the Indian captain and Williams engaged in a fairly drawn-out cycle of witty celebrations all through the course of the 3-match series.

Williams, in a recent chat with the International Cricket Network 360, shed light on the entire episode of his and Virat’s ‘notebook-celebration episode’. According to him, the celebration dates back to the Indian team’s 2017 tour to the Caribbean.

He further elaborated that Virat hadn’t been too impressed with his celebrations. “After the game finished, I went to shake his hands. Kohli praised my bowling, but the celebration, ‘eh’, and walked off. Not rudely or anything; we just chatted about the fun we had playing each other, and walked off on our own ways. I think I even called him the ‘Best Batsman in the World’ at one point.”

Williams further revealed that he thought their post-match meeting in Jamaica would be the end of those celebrations and not come back again. But the Indian captain, for one, sure kept track of the scores he had to settle.

“Last year in India, as soon as Mr. Virat Kohli walked into bat, he walks straight at me and says, ‘the notebook celebration thing is not going to work here tonight. I’m going to make sure it won’t work.’ And I was like, ‘Seriously! the episode is back from 2017’. Every ball I bowled he said something. Honest to god, the only thing I said to him was, ‘mate, just bat and shut up. Really, you sound like a child”.

Kohli, however, seemed to have misunderstood the message.

“I think he only heard the ‘bat and shut up’ part, couldn’t catch the ‘child’ bit, probably because I was walking back to the crease. I think it kind of annoyed him, because he still kept talking,” Williams opined.  “Again, nothing rude or disrespectful;  all he said was ‘this celebration will not work here tonight, I’m gonna make sure it didn’t work’. Attempts to get into my head.”

And did the strategy work? “Well, in the match he beat me really bad. I  think he got into my head, with that ‘throwing away’ celebration and whatnot. And it confused me; I kept thinking it’s alright, but that gesture really messed concentration,” he admitted.