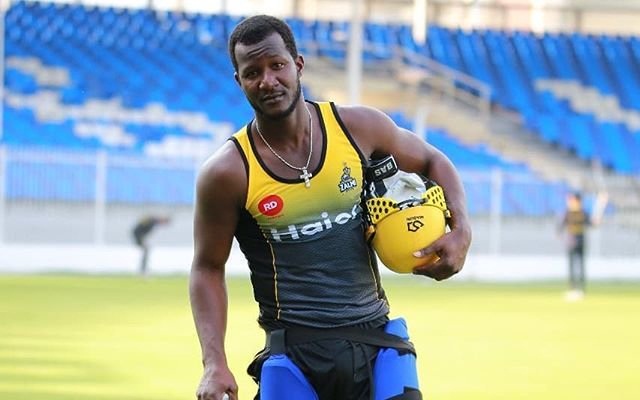 Today’s throwback features former West Indies captain Darren Sammy’s spontaneous performance at ESPNCricinfo’s You Have to Answer show.  The mercurial St Lucian all-rounder holds a reputation as a match-winner with both the bat and the ball; likewise, his answers at the talk-show to the binary choices made for quite an entertaining and interesting watch.

Starting with the cricket questions, Darren was first asked to pick one from two players. Between Virat Kohli and Steve Smith, he chose Virat; while each of them boasts of excellent stats in both limited-overs and test-cricket, Virat’s slightly better versatility got him the nod ahead of his Australian contemporary. That, or Darren plain decided to choose his former captain at the Royal Challengers Bangalore. Between Rohit Sharma and Shikhar Dhawan, he went with Rohit- which is interesting, since Darren and Shikhar spent two-seasons together at the Sunrisers’ Hyderabad.

One of the questions did manage to stump him, though. While choosing between Sir Vivian Richards and Brian Lara, Darren spent quite some time mulling before deciding to choose both. Some other notable revelations were that he preferred batting over bowling, and playing T20s over One-Day cricket.

IPL or PSL? Darren Sammy has a blatantly, ‘controversial’ answer

The most ‘controversial’ pick- as far as subcontinental fans are concerned- came when Darren picked the Pakistan Super League (PSL) over the Indian Premier League (IPL). Now at the time of the interview (April 2020), there wasn’t much to read about the situation; but some subsequent developments do offer more clarity on the matter.

Firstly, Darren has never been a member of any IPL winning team. Neither are his IPL stats all that impressive- across 22-appearances, he could collect only 11-wickets and 295-runs. Over at the PSL, though, Darren has quite a few match-winning performances behind him; none better than his heroics in the 2017-edition which even helped his side, Peshawar Zalmi, win the tournament. Additionally, Sammy has been a major proponent behind bringing international cricket back to Pakistan, and this passionate sports-activism even earned him an honorary, Pakistani citizenship earlier this year.

However, another potential reason might be some of the inappropriate treatment Darren had to cop during his two-season stay with the Sunrisers’ during the IPL. A few months back, Darren expressed his frustration when he learned that several of his former teammates called him using a racial-slang name. So retrospectively, that might offer some explanation behind his pick(s).

Cricinfo finished the interview with some fun, non-cricket questions; like cheese or chocolate (chocolate), pool or beach (pool), and tidy or untidy beds (latter). Presently, he’s competing in the CPL, where he is captaining the St Lucia Zouks. So far, they’ve won 4 out of 6-matches.