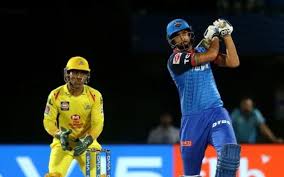 Last year’s qualifier match between the Delhi Capitals and the Chennai Super Kings was the time when Ishant decided to unleash his true batting pyrotechnics. Walking in to bat at the closing stages of the first innings; Ishant’s eleventh-hour cameo helped the Capitals regain some momentum after a rough start. Penultimate ball of the innings; Ishant charges out of his crease to clobber Ravindra Jadeja’s orthodox left-arm spin for a fine boundary.  Next delivery; he goes one notch better, and smashes Jaddu out of the park for a maximum over long-off.

Ironic as it might seem; but Ishant’s personal best IPL innings of 10-runs couldn’t save his side from the Super Kings incoming batting onslaught. Openers Faf du Plessis (50  0ff 39) and Shane Watson (50 off 32) made quick work of the paltry 148-run target to book their spot in the tournament finals.

While there wasn’t much to take away from the result of the game, Ishant still managed to walk away with quite a fun anecdote. Talking to Kapoor about his swashbuckling innings, Ishant teasingly recalled how much he had managed to frustrate Dhoni through his batting.

“Last year in the IPL, Mahi bhai (Dhoni) used to make fun of me that I can’t hit sixes; saying you don’t have that power,” Ishant narrates. “Then came Jaddu (Jadeja) and I smashed him for a four and a six. Then I turned my head towards Mahi bhai to see his reaction, who abused Jaddu.”

Ishant on getting runs in a county game and getting trolled on his batting by Virat & MSD 😄#isolationpremierleague @ImIshant pic.twitter.com/gDrU6rItAT