A total of 32 matches to be played in 2022 edition of Tamil Nadu Premier League. 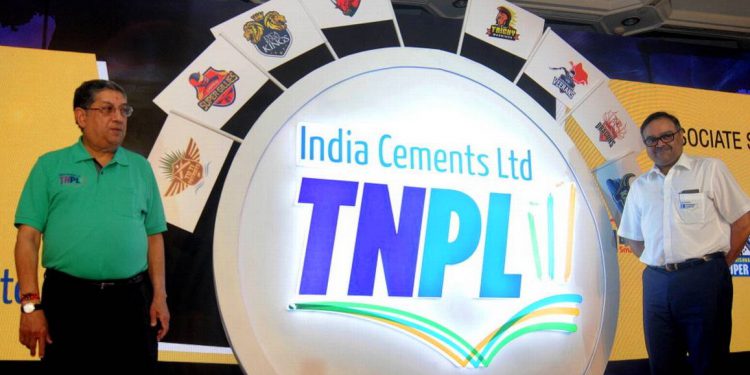 Indian domestic T20 cricket action is all set to resume, as the sixth season of the Tamil Nadu Premier League (TNPL) gets underway from 23 June. In this article, we will be previewing the tournament and providing live telecast and streaming details of the TNPL 2022 in India.

TNPL has unearthed many talented local stars to the world stage

In recent years, the TNPL has unearthed a number budding Tamil cricketing stars, who have since gone on to feature in the bigger leagues. The likes of T Natarajan, Varun Chakravarthy, and Washington Sundar are among some of the most promising cricket stories whose success can be directly attributed to this exciting T20 tournament.

This year, the spotlights will be shining bright on the young 25-year-old left-arm spinner, R Sai Kishore. Kishore has been a consistent performer in this tournament, which is starkly evidenced by his tally of 68 wickets- the most for a player in the TNPL.

But something that should motivate Sai to perform even better this year is the fact that he was a member of the Gujarat Titans squad that won the IPL this season. Sai managed to pick up 6 wickets across 5 games, and should he be able to live up to his usual billing in the upcoming season, he could get a prolonged run in the Titans’ playing XI next year.

20-year-old left-handed batter Sai Sudarshan happened to be Kishore’s teammate at Gujarat this year, and is yet another exciting player to watch out for. Spin wizard Varun Chakravarthy will also be making a comeback after a cold, injury-marred IPL with KKR. Yorker king T Natarajan would also be looking to perform well and get an outside entry back into the Indian national team. Shah Rukh Khan, the hard-hitting batter who was bought for a huge sum of INR 9 crores by the Punjab Kings, would also be eager to redeem himself after a forgettable IPL season.

In the absence of some noted players like Ravichandran Ashwin, Washington Sundar, and Dinesh Karthik, who will all be missing out on the tournament due to some reason or another, the onus will be on these young stars and several other players to perform well, so that the TNPL lives up to its exciting billing.

The first game of the season will be between defending champs Chepauk Super Gillies and Nellai Royal Kings at Tirunelveli. The finals will be played on 31 July at Coimbatore.