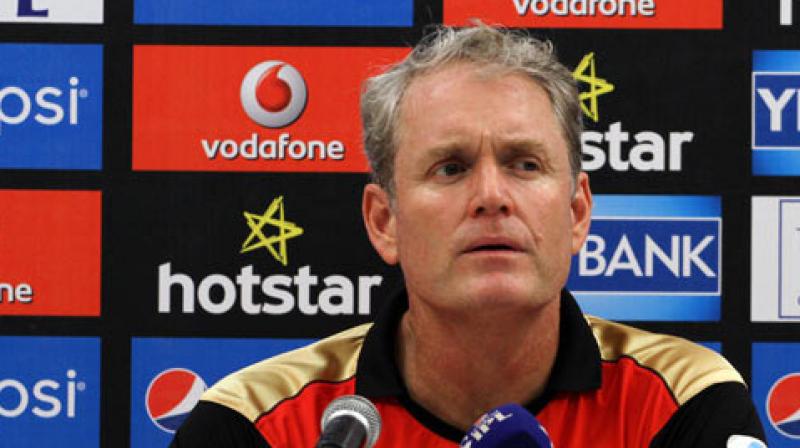 Indian Premier League serves as the launching pad of many potential cricketers who can represent the Indian team in international cricket. Players like Yuzvendra Chahal, Jasprit Bumrah and Hardik Pandya are all fruits of IPL. The 13th edition of the IPL also saw a lot of uncapped youngsters making a statement with their performances. Tom Moody has picked his favourite uncapped Indian player who should be included in the Indian team.

Devdutt Padikkal, Ruturaj Gaikwad, T Natarajan and Rahul Tewatia are some of the uncapped players who have impressed a lot of people with their brilliant show in the IPL. Devdutt Padikkal even won the ‘Emerging Player of the Season’ award for his class batting accumulating 473 runs for RCB. However, there is one player who has been performing consistently for the last two years is Suryakumar Yadav.

To me, he’s a real class act: Tom Moody

The right-handed batsman has proved to be a crucial asset for Mumbai Indians. Fans and former cricketers were surprised when he was not picked in the Indian squad for the 2020 Australian tour. Tom Moody is equally amazed at the fact that Yadav hasn’t represented his country yet. Yadav had 480 runs to his name in the recently concluded 13th season of IPL.

Moody in a video on ESPNCricinfo said, “Suryakumar Yadav from Mumbai Indians, coming at No.3, it is just mind-blowing to think that this guy has not represented his country. He bats with great grace, control and he seems to do it without breaking a sweat. To me, he’s a real class act.”

Even former cricketers Virender Sehwag and Gautam Gambhir showered praises on the batsman. They firmly believed that Suryakumar Yadav should have been picked in the T20I squad for the Australian tour. However, Yadav was unfazed by the decision of the selectors and carried on his valuable work for his franchise.

Suryakumar Yadav was one of the reasons why Mumbai Indians’ batting looked so strong. Yadav gave them the solidity at No.3 which is a dicey position to come in and bat. His team won the title for the fifth time in a one-sided final against Delhi Capitals who looked clueless against the mighty Mumbai Indians.